Gorilla Trekking…in the Congo, Going to the Congo is never an “add-on” adventure. It’s so remote and off-the-beaten-path that seeing the lowland gorillas has to be your primary objective. Years ago, it might’ve taken a full-blown expedition, but now we’ve whittled it down to a little over a week.

Start with one night in the vibrant town of Brazzaville, then spend a week hopping between three Odzala Discovery Camps (listed below), each set in a different and marvelous eco-system within Odzala-Kokoua National Park. This park is special to us for several reasons with the most important being its pioneering research and conservation efforts. Responsible tourism in Odzala helps to sustain vital behavioral studies of the western lowland gorilla and protect the world’s second-largest rainforest. It also hits our marker for exclusive experiences and community care.

The trek difficulty for all three camps is moderate to difficult, as expeditions cover anywhere from a half mile to five miles on mainly flat ground, which can take between two to eight hours. You can visit the camps in any order, but its most enjoyed by starting at Ngaga and ending at Mboko, transferring in between by vehicle or on foot (or even kayak!).

Get settled in: This intimate camp, set some 13 feet above the Ngaga Stream with a bird’s eye-view of the rainforest, features six rooms with interconnected decks offering easy access to the dining room, bar area, stargazing deck, and fire pit. All three camps are similar in terms of style (influenced by the designs of the regional Ba’Kola forest-dwelling groups) and facilities. Though they’re not super luxe, they are quite comfortable and invite you to be part of the rainforest rather than isolated from it.

Proximity to the primates: Odzala’s treks to two groups of habituated western lowland gorillas all leave directly from this camp, so it’s the ideal place to stay if you want to roll out of bed and straight into the vegetation for your expedition. These apes are apt to hang high in the trees or tucked into dense foliage, so gear up for a total rainforest immersion as you search. Other residents you may encounter on your travels include crowned and moustached monkeys, forest duikers, black-casqued wattled hornbills, and perhaps a wild chimpanzee.

Why else you’ll love it: Ngaga is the base for Odzala’s in-house research team, who habituated the gorilla families you’ll be seeing. Meet the team members and learn about their crucial work, which goes beyond just observing these awe-inspiring primates. Their focus also entails understanding the human-wildlife conflict, competition between gorillas and chimpanzees, and the role tourism plays in gorilla conservation. 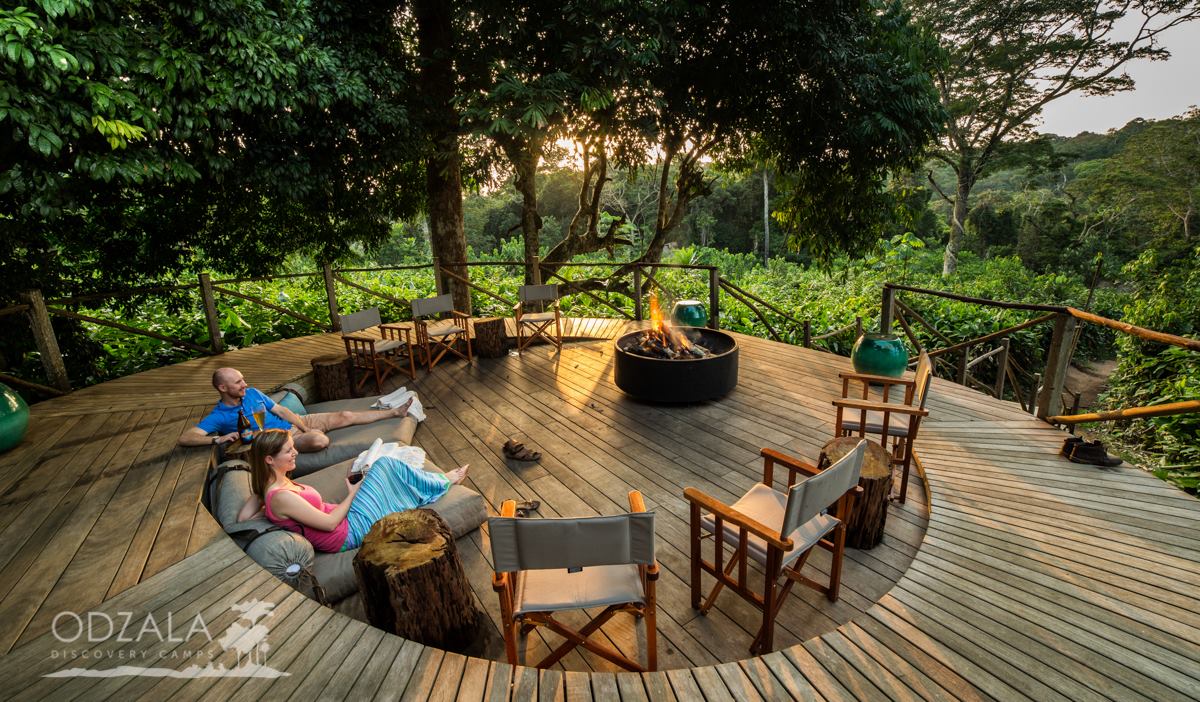 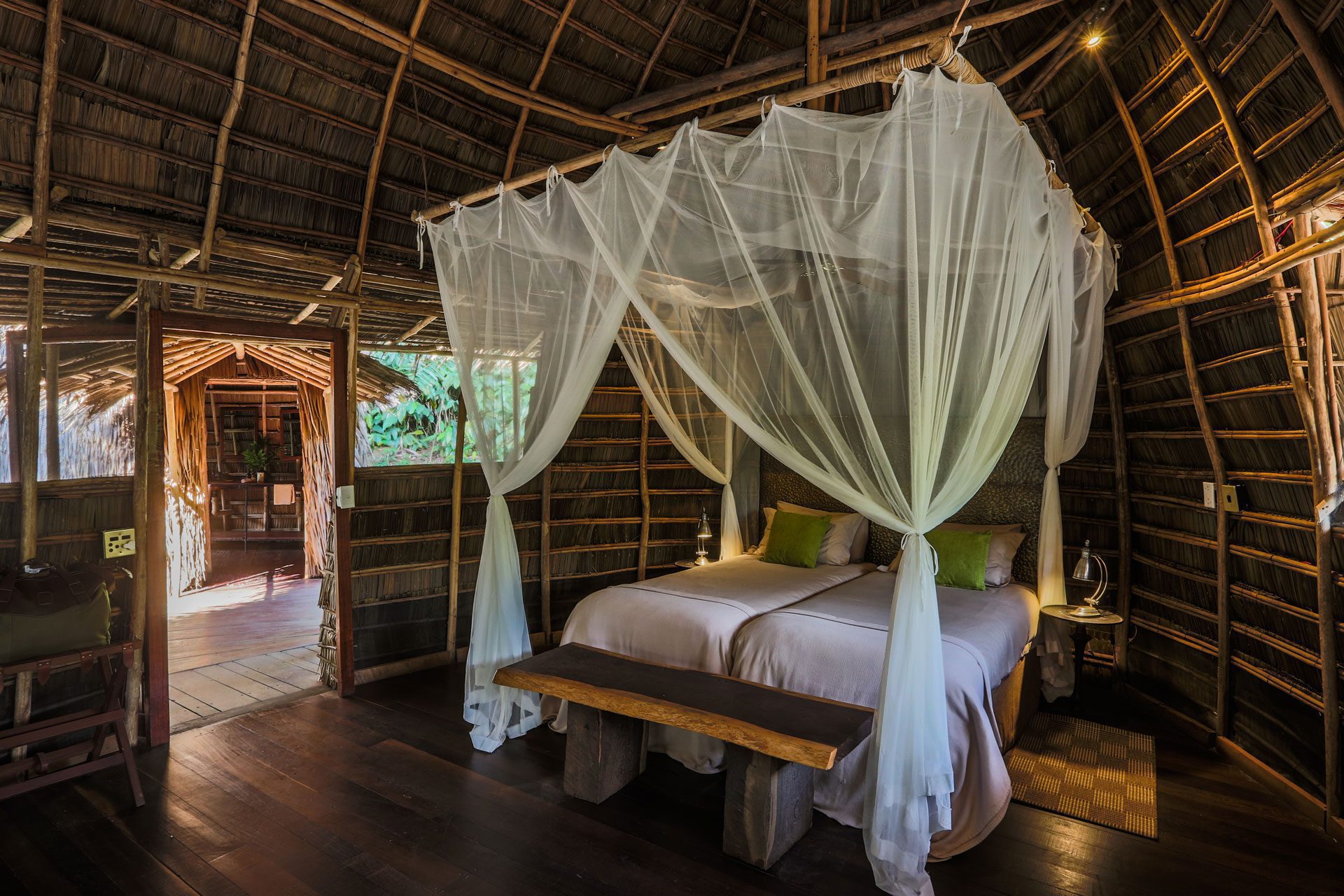 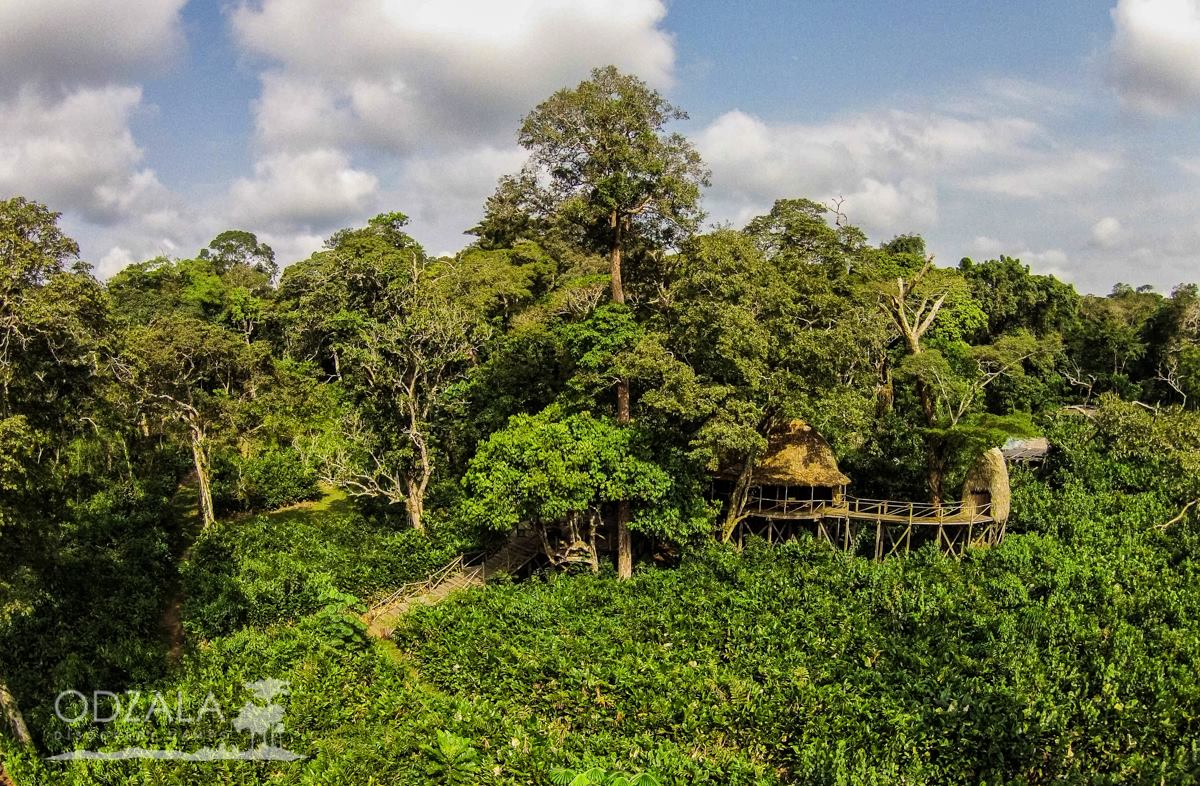 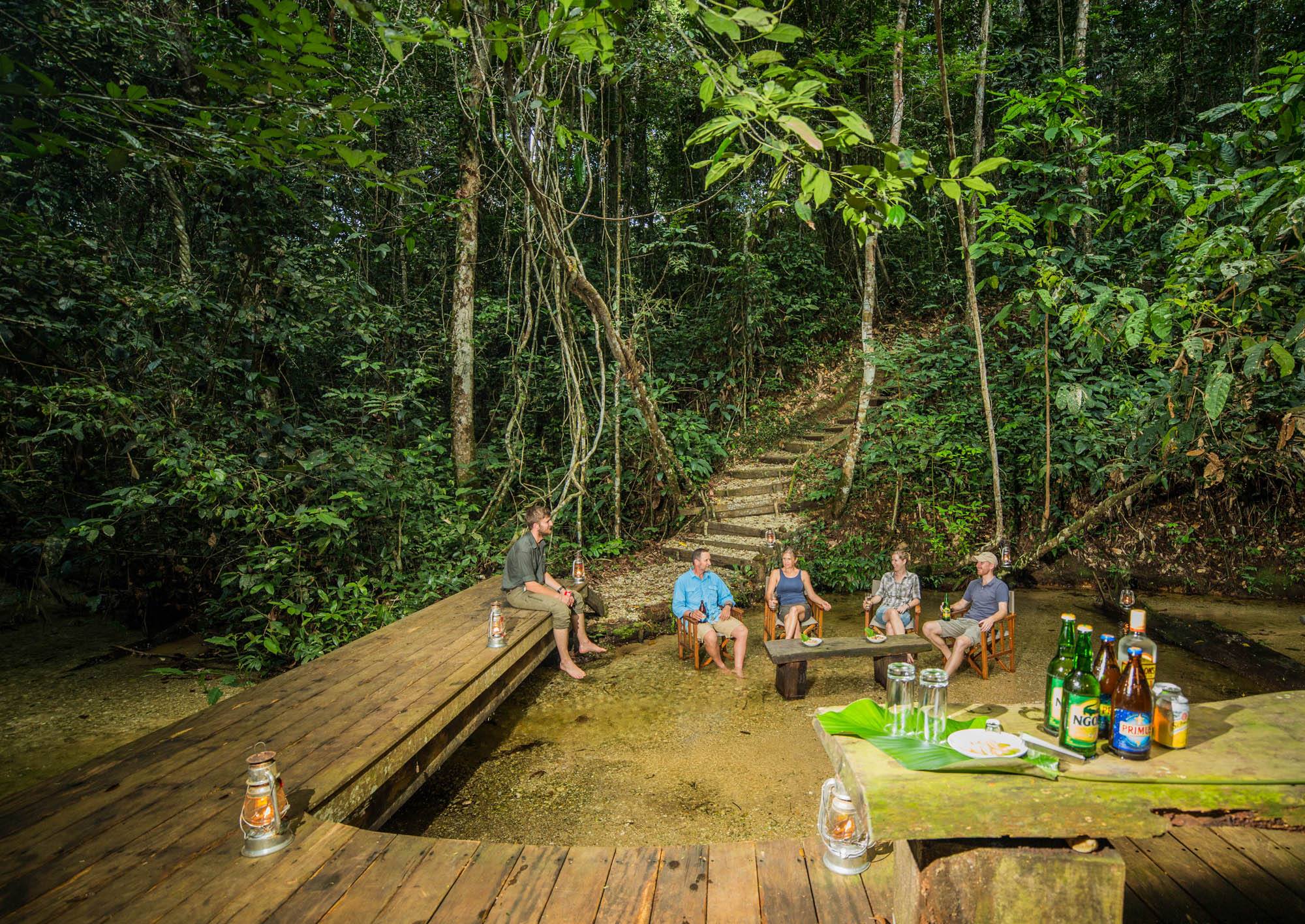 Get settled in: The largest of the Odzala camps, Mboko is made up of 10 double-occupancy cabins and two family cabins located along the banks of the babbling Lekoli River, making its landscape incomparable to the other two options in this region. Appreciate the blend of tropical rainforest and grassland savannah with towering termite mounds you won’t find elsewhere. Each cabin also has a deck with lounge chairs, so you can relax and enjoy spectacular stargazing.

Proximity to the primates: Colobus monkeys are often observed in the lush meadow-like savannah, in addition to the forest buffalo, forest elephant and spotted hyaena.

Why else you’ll love it: En-route to camp, swing by Mbomo, one of the larger surrounding villages, to get a glimpse at forest life for the approximately 80,000 people, mostly traditional Bantu and Pygmy, who call this area home. The Odzala camps are involved in numerous community development projects to empower, educate, and employ locals. Or if you’re looking to break a sweat, Mboko offers walking and boating activities as well as mountain biking between camps.

RELATED: Where to See Gorillas: Congo, DRC, Uganda, or Rwanda? 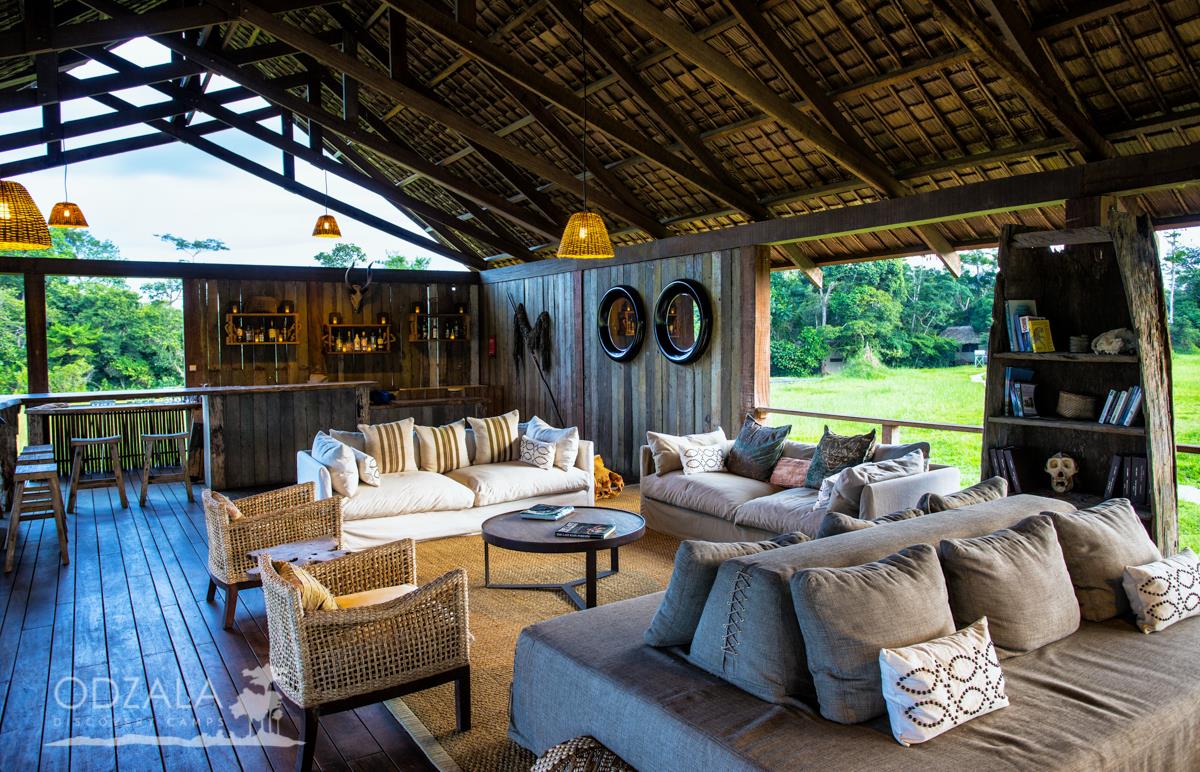 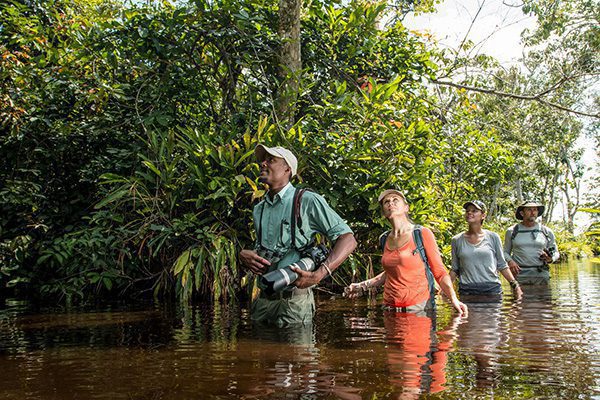 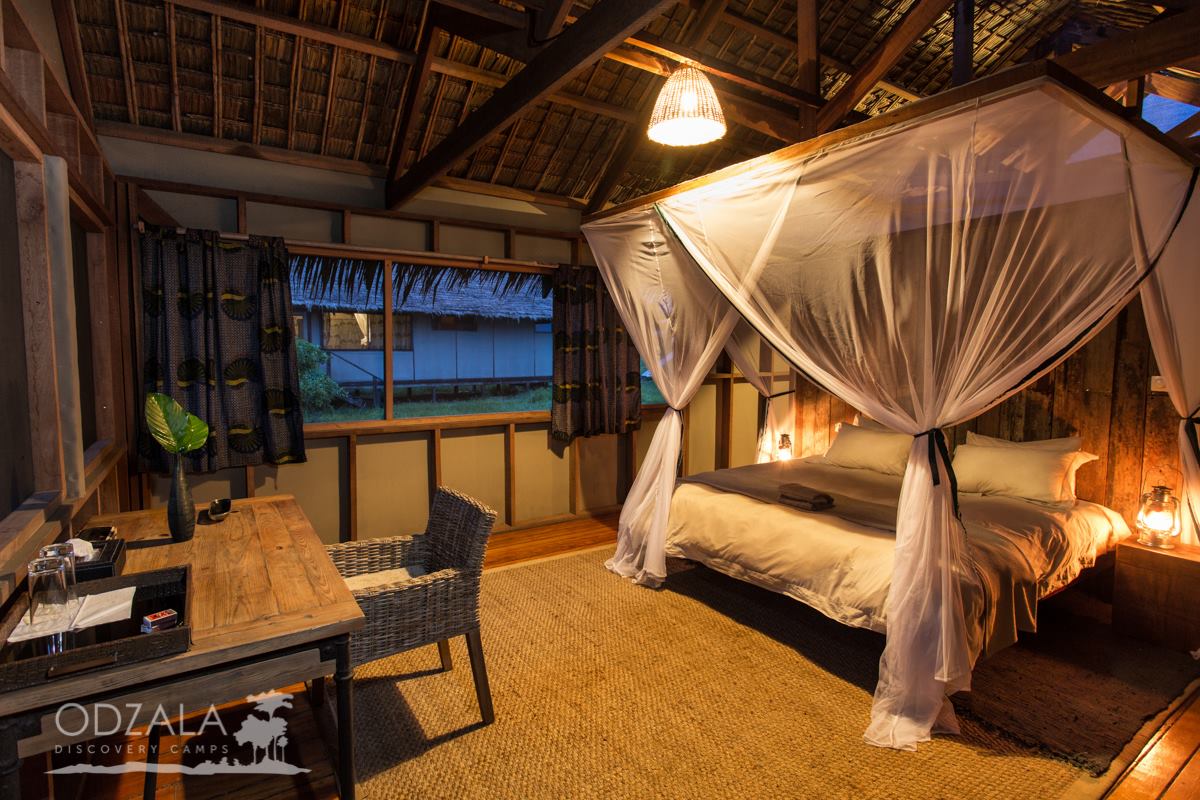 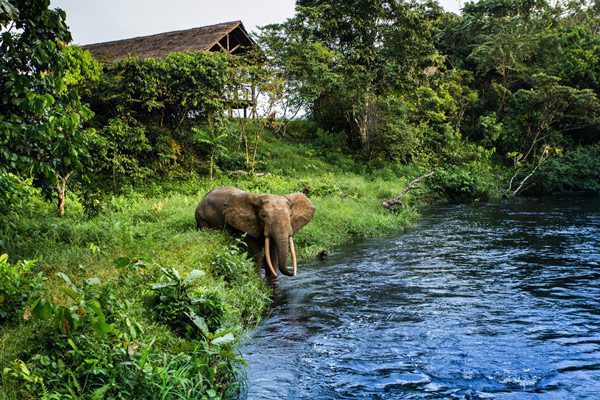 Get settled in: Six guest rooms are perched about a dozen feet above the dense surrounding forest. Raised wooden walkways with 360-degree views connect each creatively-decorated room to the public spaces, including a dining room, lounge, bar and deck with fire pit.

Proximity to the primates: Guereza colobus monkeys are frequently sighted within the boundaries of the camp. You may also come across other primates, like the grey-cheeked mangabey and putty-nosed monkey, nearby. Listen closely: You might even hear wild chimpanzees while sitting in your room enjoying the view.

Why else you’ll love it: Birders rejoice! The area’s marshy baï attracts enormous flocks of African green pigeons and African grey parrots as well as herds of forest buffalo. If you head out on the fantastic night walks, you might see large herds of forest elephants, who usually swing by after dark. Don’t be afraid to get your feet wet, either—wading through the streams and baïs is one of the activities that make Odzala so distinct.

RELATED: 6 Ways to Get Ready for Your Gorilla Trek 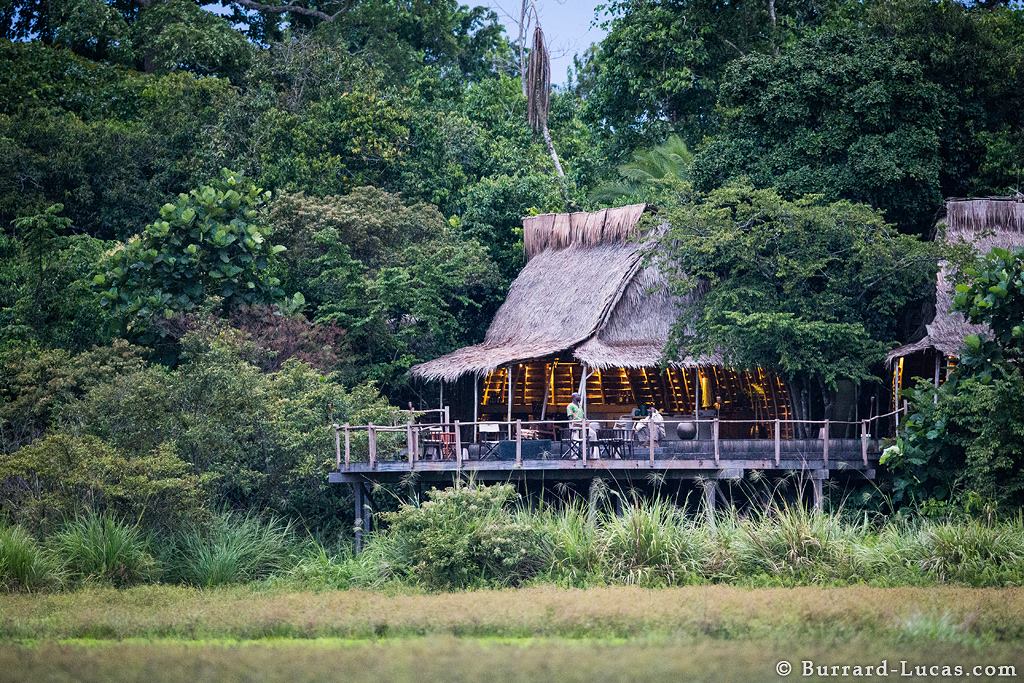 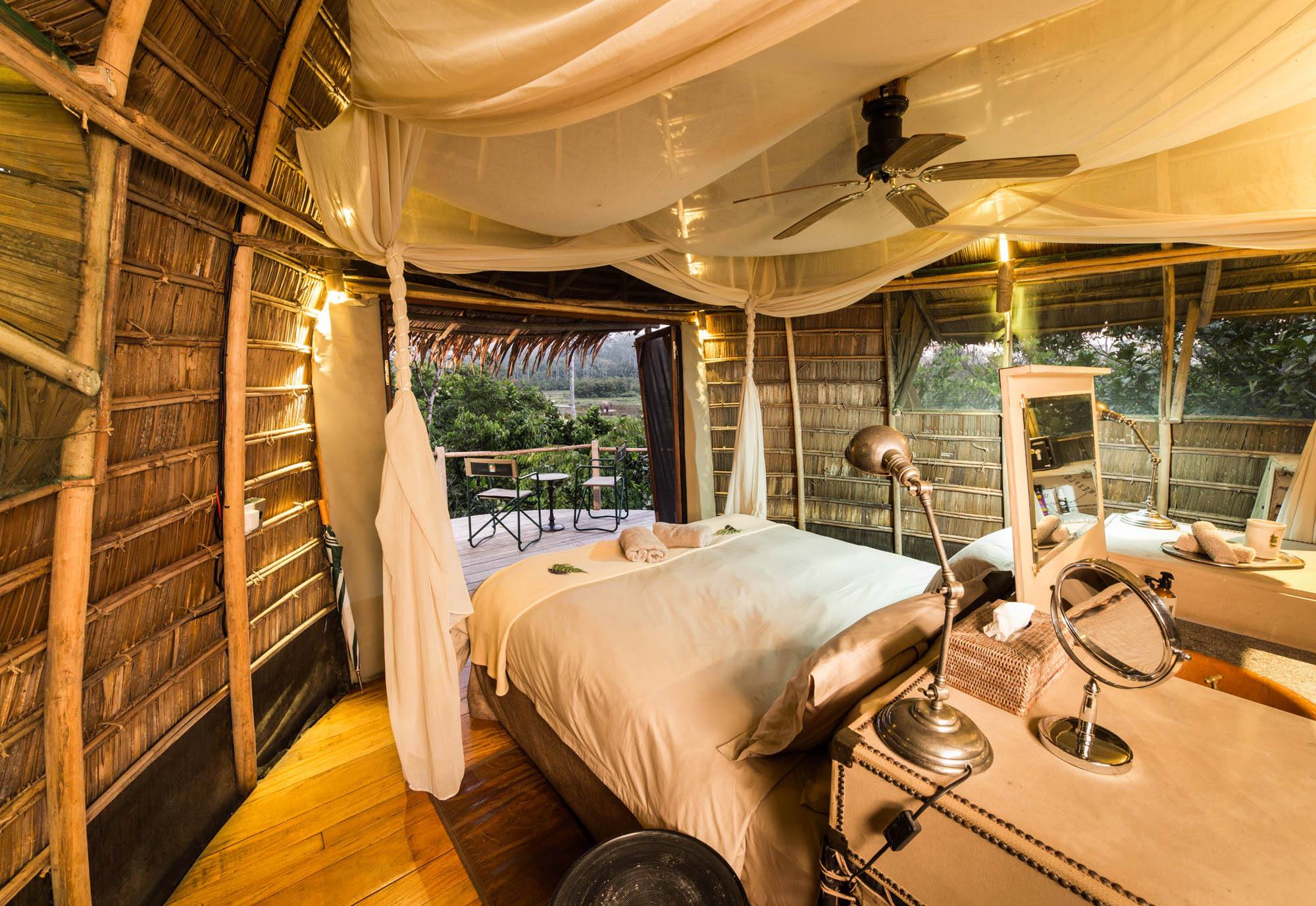 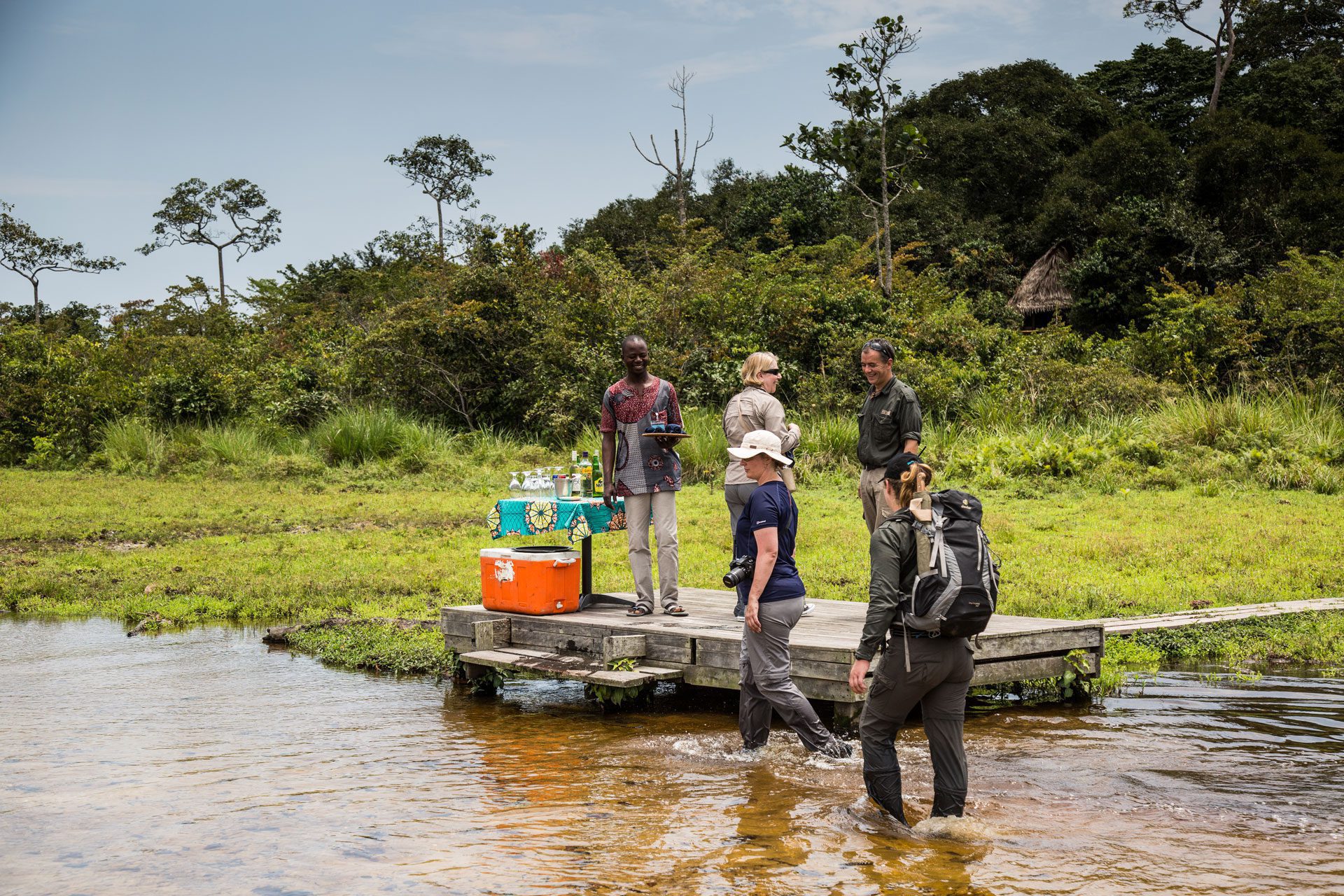 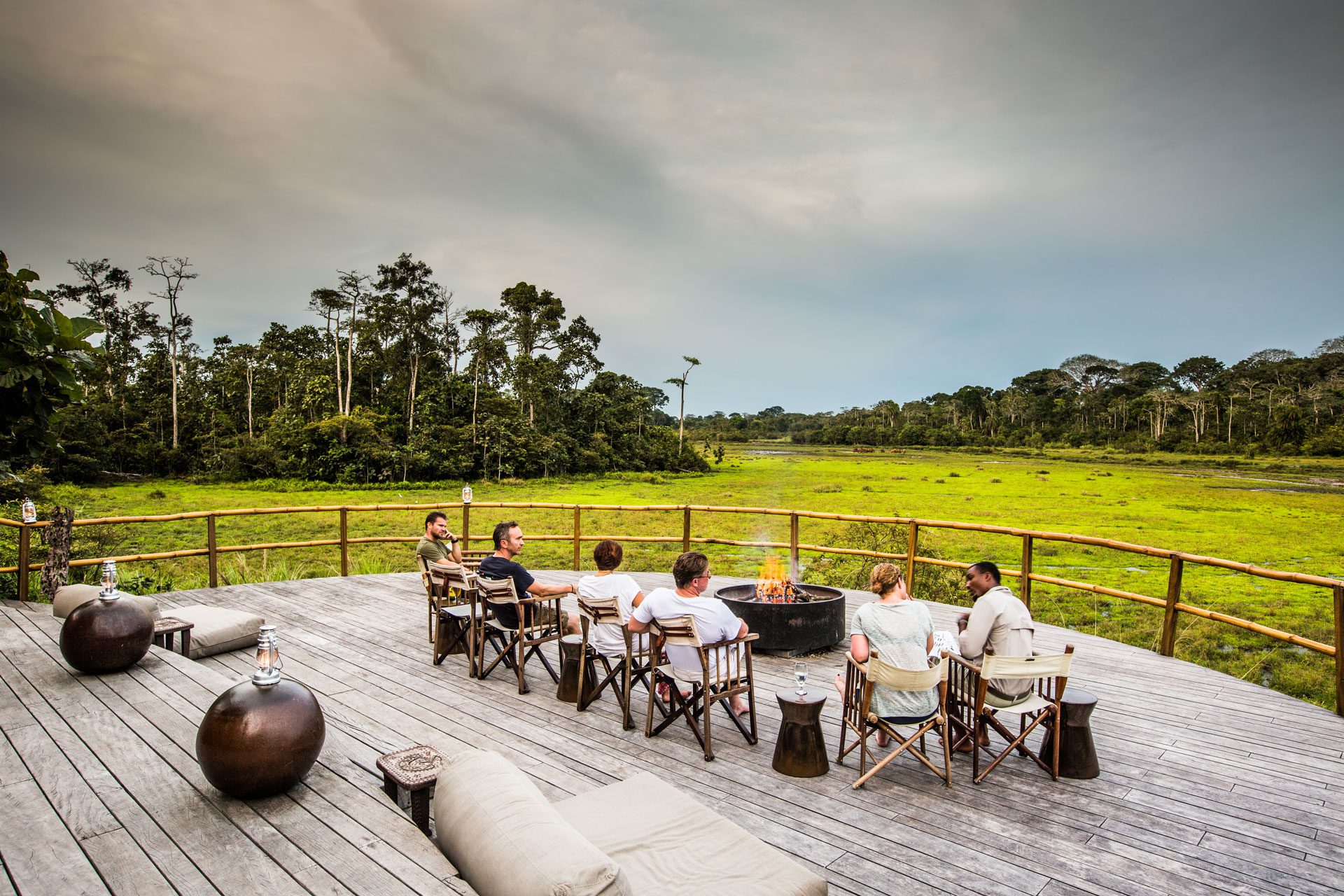 Call or email us to learn more about how you can see gorillas in the wild.