This post was originally published on Elizabeth’s blog on the Huffington Post, check out her other posts!

In case you missed my previous post, I just came back from an amazing trip to Zimbabwe. I had a great time and I met the most incredible people who are working hard to help communities and support conservation. So I was quite surprised by the response from some friends, clients and colleagues who say they feel uncomfortable traveling to Zimbabwe because of the government.

People have been upset about Mugabe for a while (decades, in fact) but over the past few months his government made headlines again when it captured 34 young wild elephants from Hwange National Park in order to sell them to zoos, possibly in China and the United Arab Emirates (the actual destinations have been the subject of a lot of rumors.) (NatGeo’s A Voice for Elephants Blog is a great resource for more info.)

The issue is very controversial and one major result is that I am hearing more and more people advocating a boycott on travel to Zimbabwe. Before taking a stand on the issue, I decided to speak with some of my contacts in Zimbabwe – including tour operators, guides and heads of non-profits – to get their input on the impact of a potential a tourism boycott. 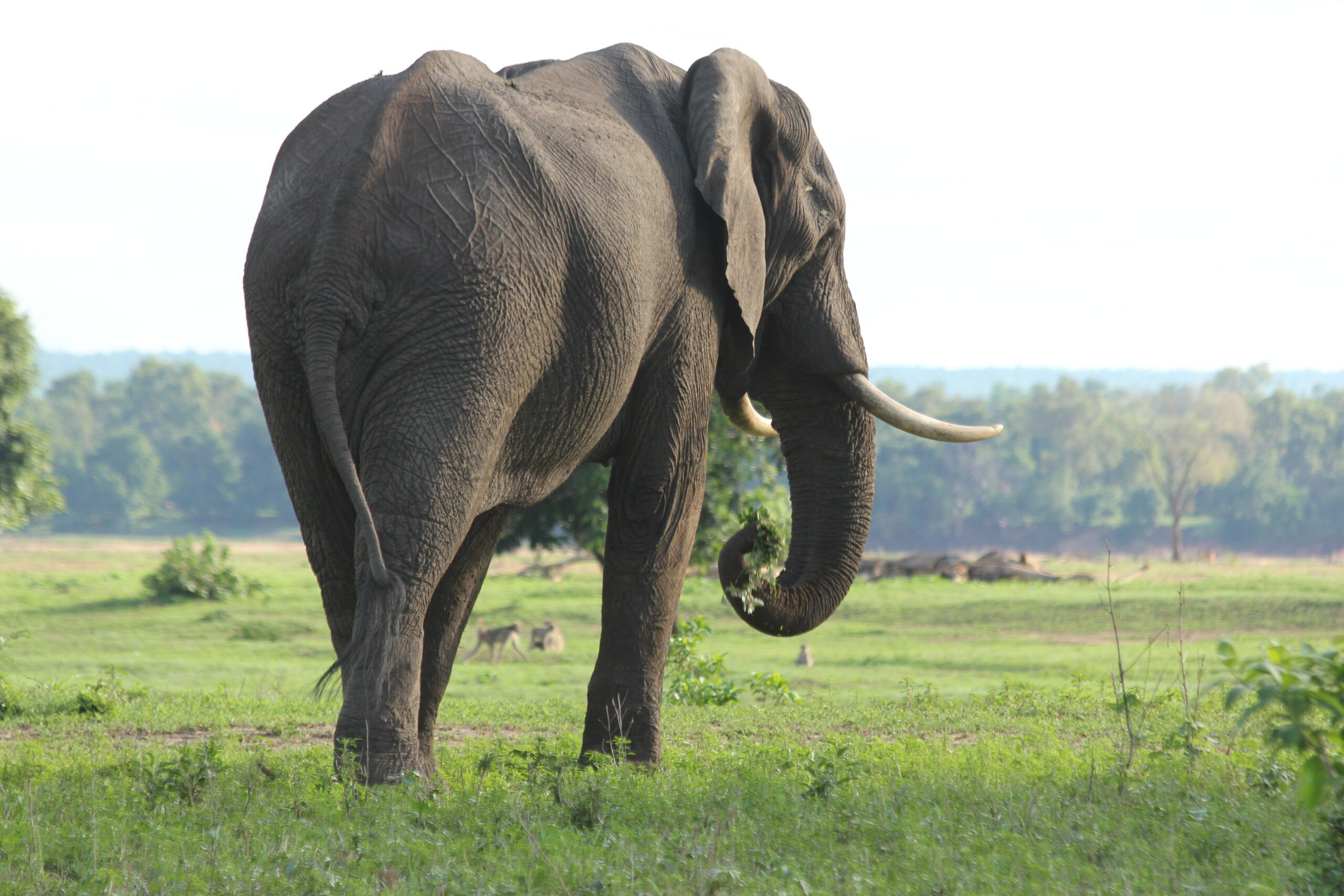 The feedback I got was unequivocal: a boycott will not hurt the Zimbabwean government or affect its behavior. Instead, it will seriously hamper essential conservation work and deny employment and income to thousands of regular Zimbabweans employed in the tourism industry.

Here are the questions I asked and some detailed feedback.

Would a tourism boycott hurt or influence the government of Zimbabwe?

“No no no” is the answer I got from every person I spoke to. A tourism boycott of Zimbabwe would have little effect on the behavior of the government and those responsible for the elephant sale. This is true for several reasons.

Firstly, while it is true that your visa fee, your national park fees, and now a 15% VAT go to the government, this money is only a small percentage of the revenue that tourism generates in Zimbabwe. The majority of tourism dollars go directly to private sector tour operators who use the money for conservation and to employ thousands of people. The individuals involved in the baby elephant sale do not benefit directly from tourism, they receive a salary from the government with or without a tourism boycott.

Secondly, the people I spoke with pointed out that government of Zimbabwe has shown time and again that it does not care what the international community thinks. One property owner said, “I continue to be amazed that people think that a tourism boycott will force corrupt officials to toe the line… They don’t care one whit about the national economy and the future, they care about their own pockets today. Surely the history of Zimbabwe post-2000 illustrates this graphically.” Another put it similarly: “between 2000 and 2009, many people boycotted Zimbabwe… It made no obvious difference to the policies and behavior of the government and instead led to job losses and an overall decline in the effectiveness of conservation efforts in the country.” 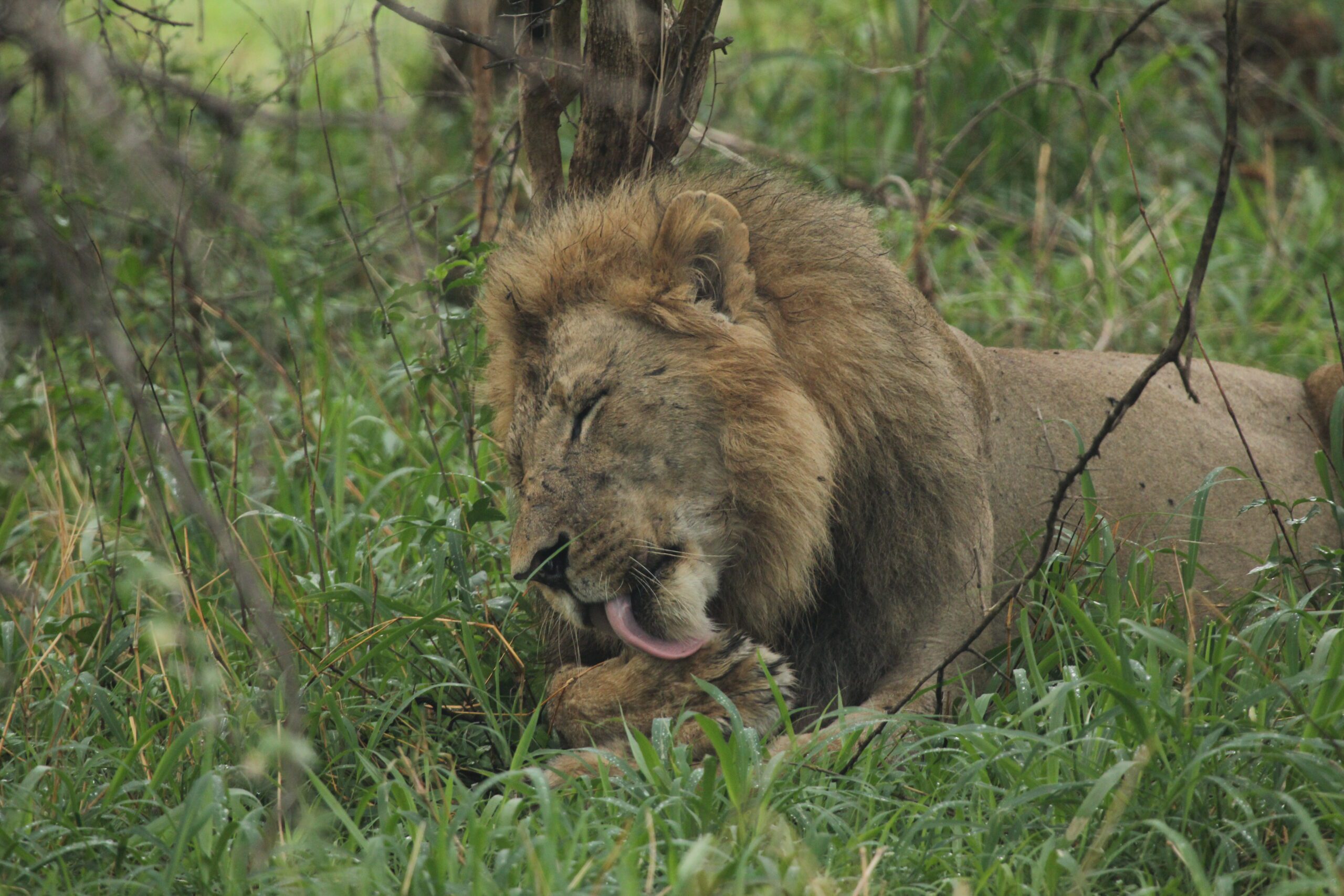 So if a boycott would not affect the government’s behavior, what would it affect?

The Answer: a tourism boycott would have a tremendous negative impact on conservation efforts and the livelihoods of ordinary Zimbabweans working in tourism.

Negative Impact on Wildlife and Conservation

Zimbabwe is home to incredible wildlife and tremendous biodiversity which is, given the government’s decades of neglect, supported almost entirely by private conservation efforts funded by tourism. For example, in drought-stressed Hwange National Park, property owners and non-profits like Friends of Hwange pump water for thousands of animals.

One property owner laid it out starkly: “Right now, this year, our company is faced with massive pressure from demands of thirsty drought-stricken wildlife… Without tourism dollars, if we are forced to try to run this out of our pockets, my guess is that our efforts will be a quarter of what is needed, probably less.” Operators also pointed out that tourism plays a key role in keeping the poachers out of the conservation areas by funding anti-poaching teams. 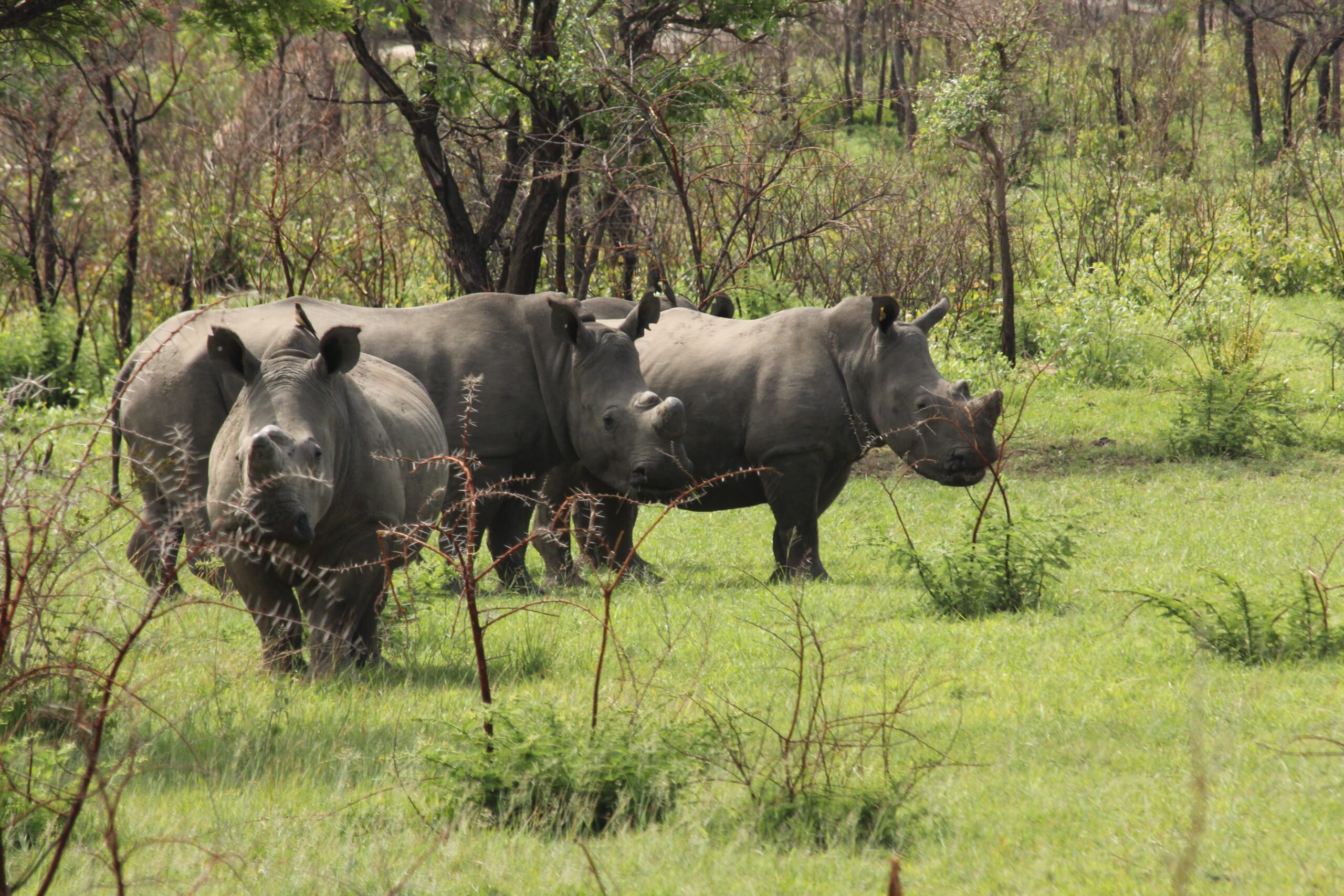 From a regional perspective, Zimbabwe is an essential conservation area for all of Southern Africa. Conservationists in the region are working with regional governments to form the Kavango Zambezi Transfrontier Conservation Area (KAZA). If successful, KAZA could become the largest conservation area in the world, spanning five countries (Angola, Botswana, Namibia, Zambia and Zimbabwe) and would preserve essential migratory routes. Some operators fear that a tourism boycott could derail the momentum of this project which would be a tremendous loss.

In addition to supporting conservation, tourism proceeds benefit communities surrounding national parks in the form of revenue-sharing and projects such as schools and health clinics. These community initiatives are supported by property owners, tour operators and non-profits; not the government.

Tourism revenue not only provides these essential services to neglected communities, it also generates good will toward the national parks and conservation efforts among local communities. This local buy-in is widely accepted throughout Africa as essential to conservation and anti-poaching success. As Beks Ndolvu, the owner of African Bush Camps points out, “there are so many operators, NGOs, and private individuals who have tirelessly continued to fight the battles on the ground through research and awareness, education of local communities and support for sustainable community initiatives. Most of this work has been possible through the inflows of tourism. Without tourism, there can be little to nothing achieved.” 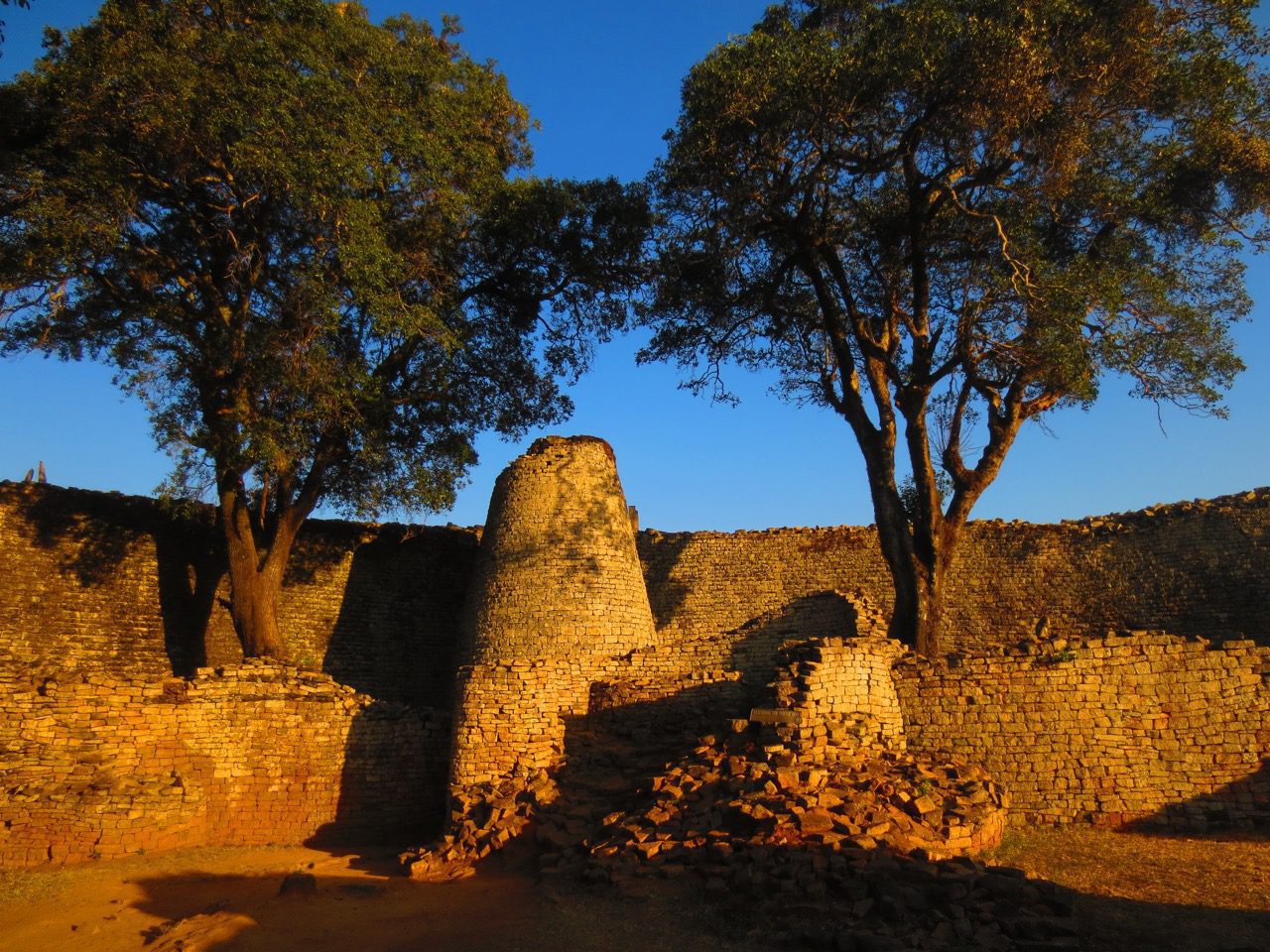 Tourism also provides jobs and income in a country with a fragile economy and limited opportunities for formal employment (data on unemployment in Zimbabwe varies wildly). In 2013 tourism accounted for a total of 11.4% of Zimbabwe’s GDP and more than 98,000 jobs (direct and indirect contributions to employment and GDP,data from WTTC). These opportunities are coming from private employers in the tourism industry, not from the government, and these jobs will disappear with a boycott.

As the manager of one property pointed out, “if tourists boycott Zimbabwe the tourism operators in the country will have to downsize their teams and lay off valued employees. Boycotting this country will DIRECTLY impact their lives, not our President’s life!” Beks Ndlovu agrees and notes that “tourism is one of the industries that [can] have a substantial contribution to any economy with immediate results. Therefore a boycott equally deprives the economy of this much needed revenue and resultant employment and its benefits.” (Read more from Beks on this topic here) 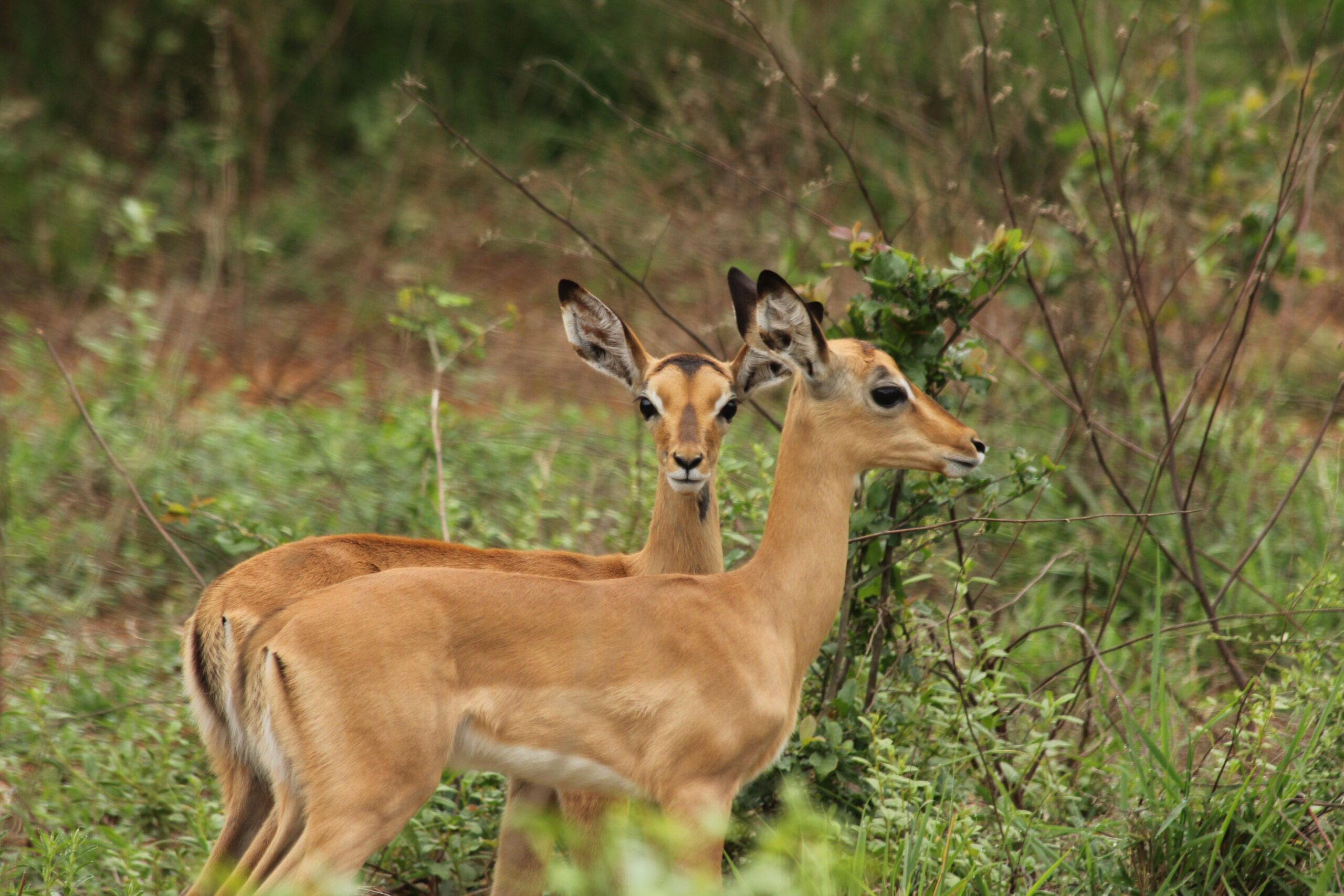 So what can be done instead to express your outrage at the sale of these baby elephants?

Several operators advocate targeted sanctions against specific Zimbabwean government officials involved in the elephant sale. Both the EU and US have used targeted sanctions in the past and as one operator said, “it didn’t break their power but it really pissed them off… there is no doubt it hurt them.” He called this targeted approach “drone strikes” versus the “carpet-bombing” effect of a general tourism boycott.

Some operators also suggested the opposite of a boycott – travel to Zimbabwe! Yes, of course this undeniably and directly benefits these tour operators, but that revenue has all the knock-on benefits described above such as conservation and community development. Additionally, the more tourism contributes to Zimbabwe’s economy, the more influence these tour operators and property owners will have to combat government actions like the elephant sale. As one operator put it, “it is the fact that there are tourism enterprises which are starting to thrive in Zimbabwe [again] that we are able to lobby government on these issues and justify why we feel such practices are not sustainable nor good for the country.”

One camp manager correctly pointed out that with the elephant sale there are both buyers and sellers. If the Zimbabwe government is immune to protests from the international community, then go after and shame the buyers. You can sign this petition to the leaders of China and UAE condemning the purchase. 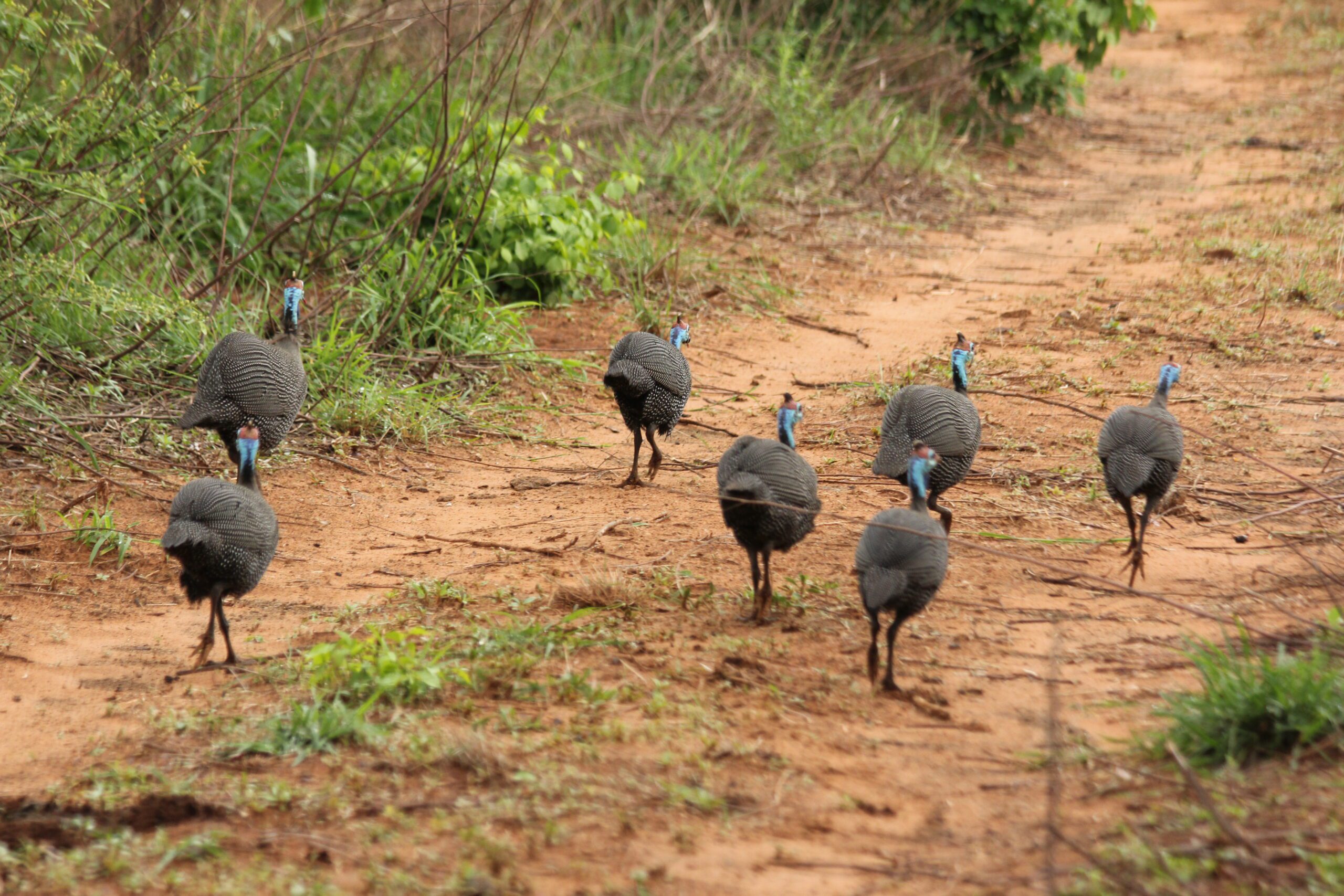 Support an organization doing meaningful conservation work in Zimbabwe. Extraordinary Journeys supports Friends of Hwange and the others on the list below come highly recommended.

Given these conversations with leaders in Zimbabwe’s tourism industry (almost all of whom felt they had to remain anonymous), I firmly believe that a tourism boycott would only serve to hinder the work that private tour operators and non-profits are doing in Zimbabwe.

I love that so many travelers think seriously about where their tourism dollars go and the choice to visit Zimbabwe (or many other safari destinations) is a complicated one. Ultimately you have to make your own decision about how you want to respond to actions like this potential elephant sale. I, for one, will still be selling Zimbabwe.