During my recent trip to Hwange National Park, I saw some amazing wildlife from the safari vehicle and by foot, but the Elephant Express still stands out to me as one of the coolest ways to travel through the park and I would highly recommend it! 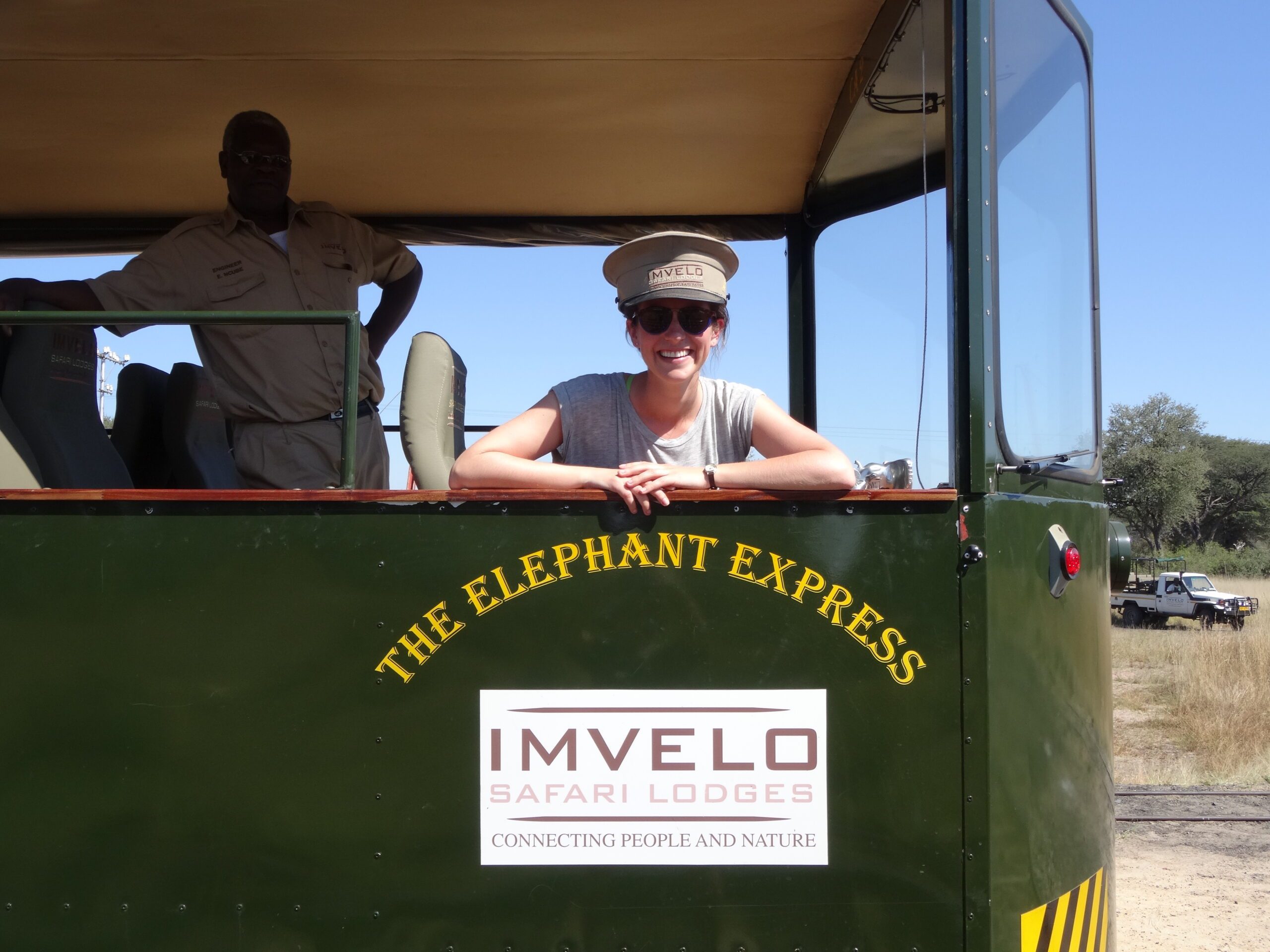 The Elephant Express offers one of the more unique ways to experience Zimbabwe’s Hwange National Park. Since it came to fruition in late 2014, this dual-engine single tram has been taking guests back and forth between two stops (Ngamo and Impofu) on the iconic rail line that runs from Pretoria to Victoria Falls. The track between Ngamo and Impofu is on the straightaway that marks Hwange’s border on its eastern boundary. The purpose of the Elephant Express is to provide a fun alternative to a regular road transfer between camps in Hwange. 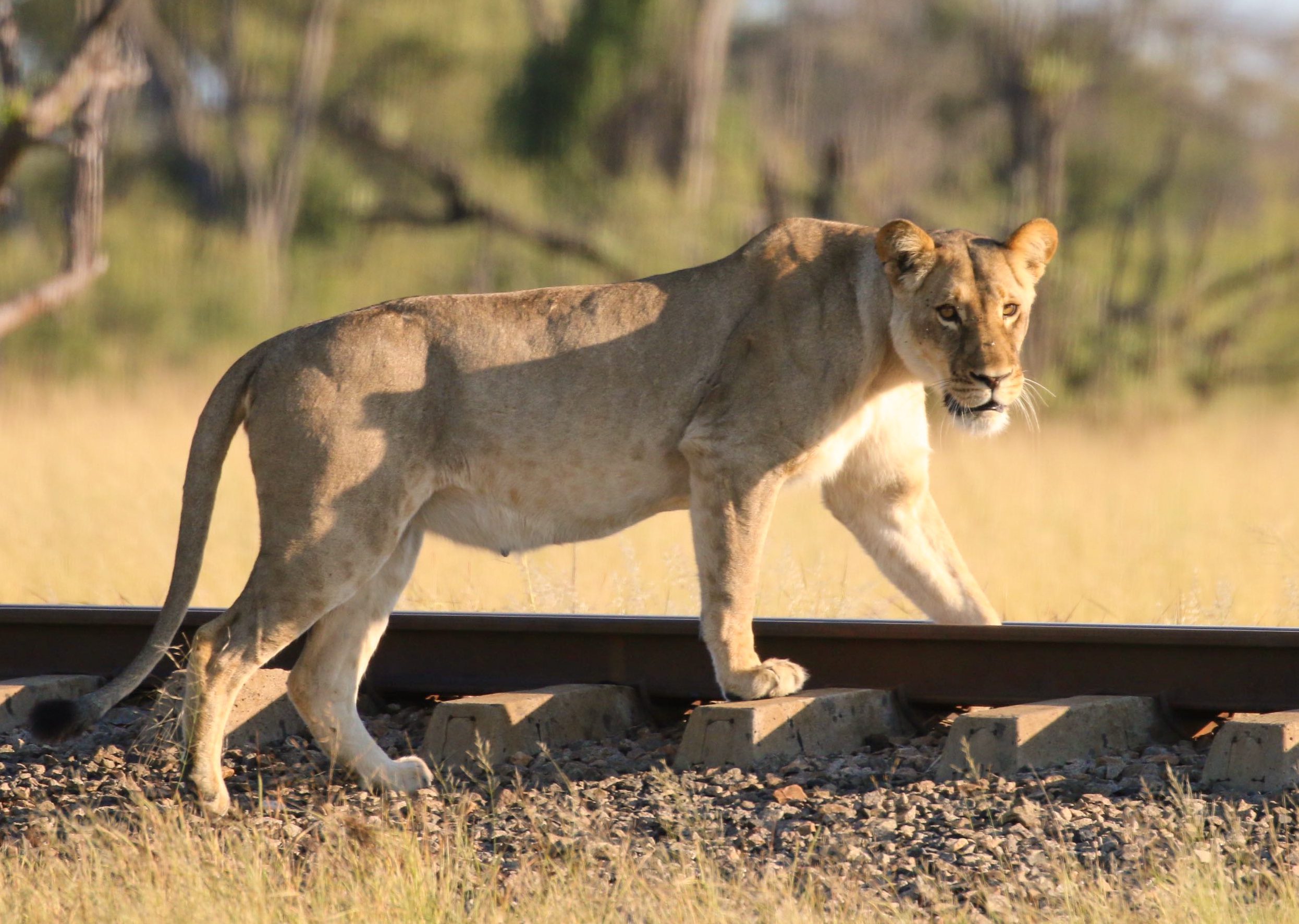 Owned and operated by Imvelo Safari Lodges, a ride on the Elephant Express is the perfect way to combine Bomani Tented Lodge or Camelthorn Lodge (both in the private Ngamo concession in the southeast corner of Hwange) with Nehimba Lodge in a game-rich private concession in northern Hwange. After your stay at Bomani or Camelthorn, you do a short road transfer to Ngamo Siding where you board the Elephant Express heading north. For the next (roughly) 2 hours, you are free to move about the train, try on the conductor’s hat, and enjoy a drink and bite to eat. But be sure to keep your eyes peeled because there is often wildlife roaming around the track! And unlike a regularly scheduled train, you can stop anytime! Your conductors will move forward and backward along the track to make sure you get the best photos of any visible wildlife. Once you arrive at Impofu Siding, your game vehicle will be waiting for you to continue moving north through the park until you reach Nehimba Lodge. 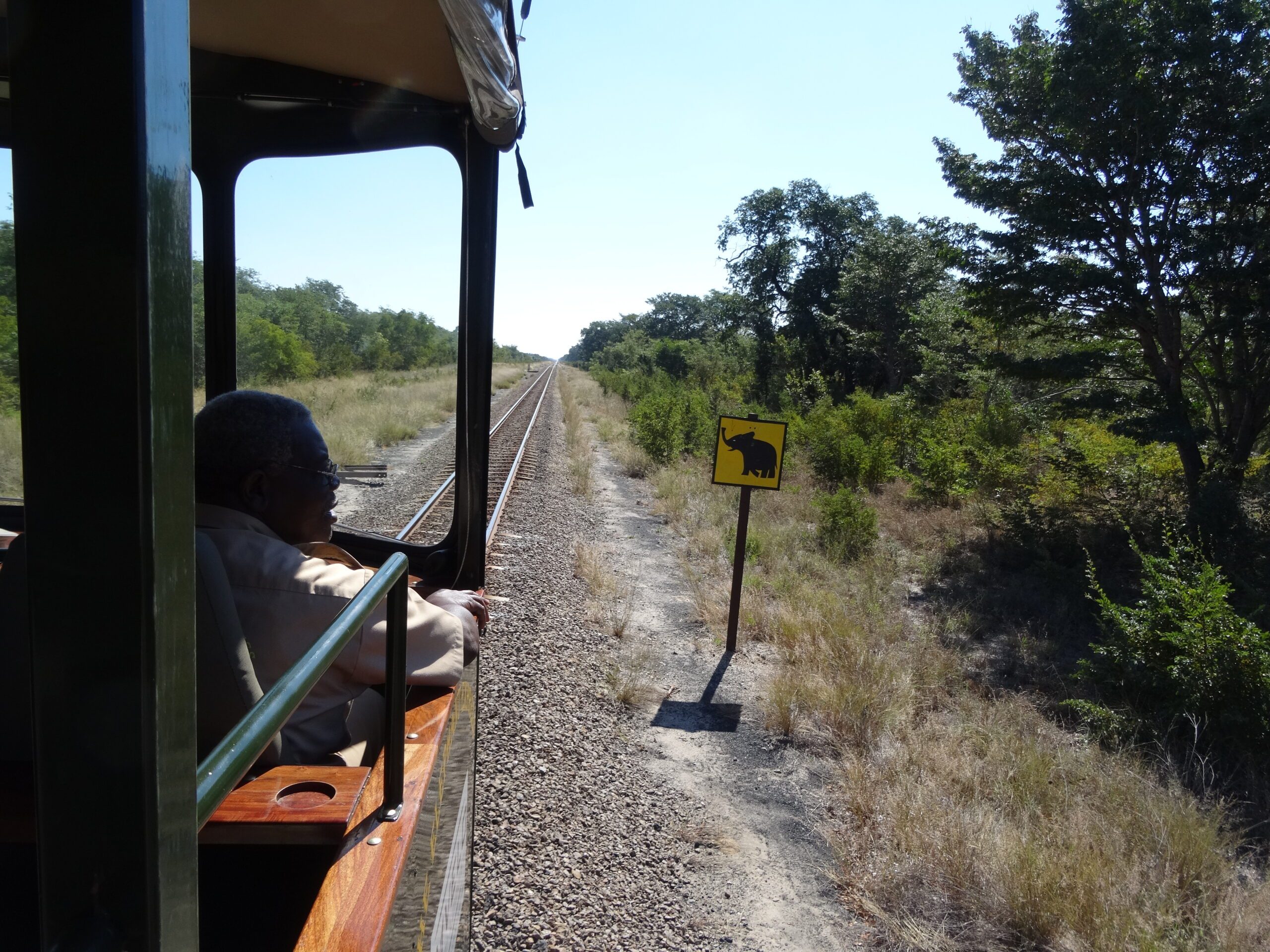 *This itinerary can easily be done in the opposite direction, going from Nehimba to Camelthorn or Bomani.

*It is possible to use the Elephant Express with non-Imvelo lodges, but we recommend using Bomani or Camelthorn with Nehimba because the transfers between the train and game vehicles will be much smoother when operated within the same company. This also gives more flexibility to take your time on the train if you see something good!

All in all, the Elephant Express is just a really nice change of pace during your safari. It gets you out of a vehicle while still providing the ability to see wildlife as you move through Hwange. It’s great for children because there is a toilet on the train and they get to walk around rather than being confined to a seat in a vehicle. It doesn’t eliminate driving between Camelthorn or Bomani and Nehimba, but it offers a really fun alternative and we love it! 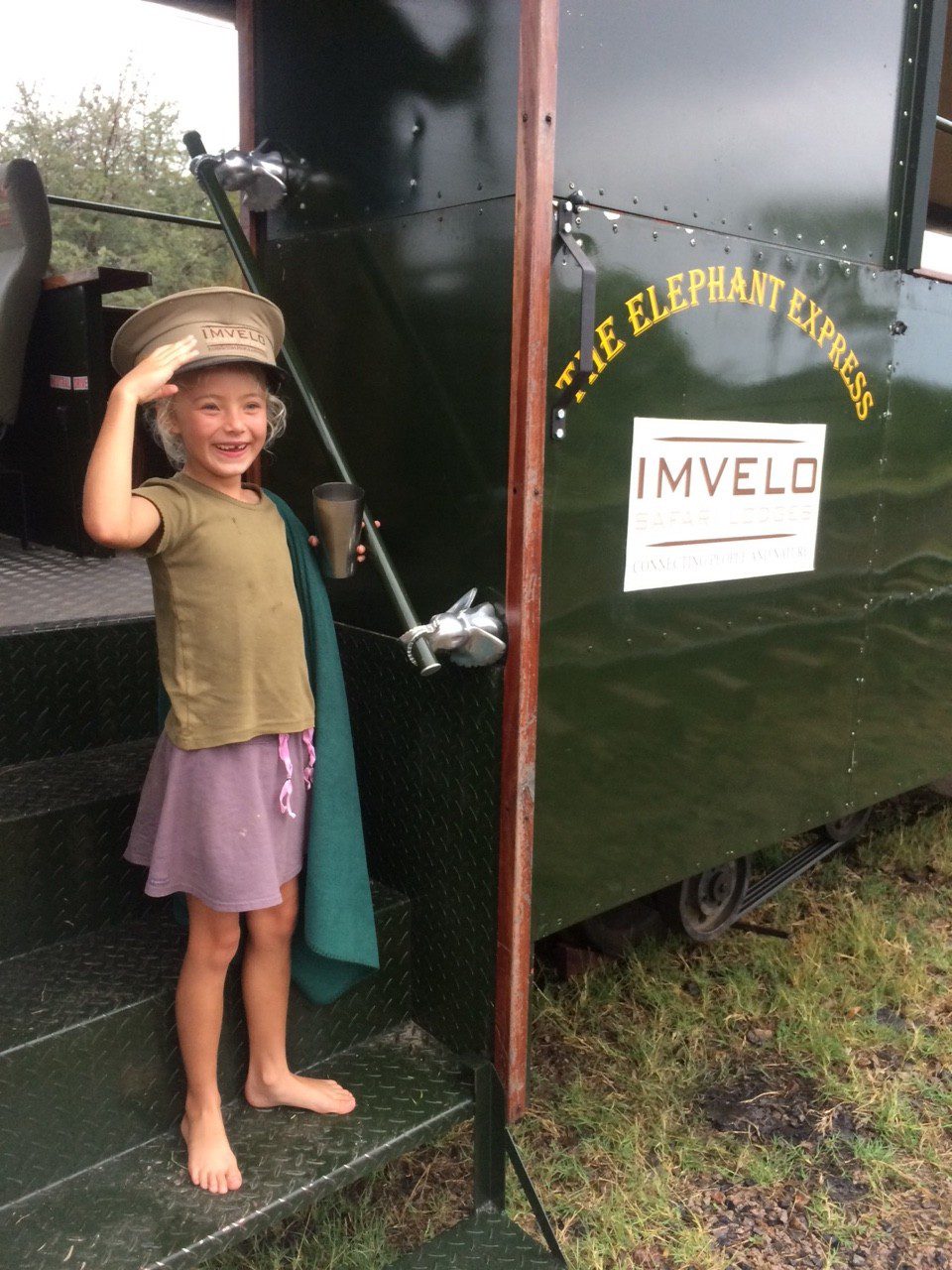 Here is an example of an itinerary that incorporates Camelthorn, the Elephant Express, and Nehimba. Let us know if you’re interested or would like more information!