Fine Dining at Hemingways-Nairobi, Since its opening in March 2013, there is still a lot of buzz around the excellent dining options at Hemingway’s Nairobi with their brassarie and fine dining restaurant. A lot of that excitement is because of Barry Tonks, the Executive Chef and the only Michelin starred chef working in East Africa.

Chef Tonks, who is a transplant from London, earned his Michelin star as Head Chef at McClements. When he moved on to become Executive Head Chef at Bonds, Zagat (2009) gave the food a score of 22. 20-25 is “very good to excellent,” 30 is perfect.

In 2012, Chef Tonks made the decision to move to Nairobi with his wife (who is originally from Kenya) and 2 children. Since then he has seen to every detail, from designing the menus to re-designing the kitchen layout and ordering special flooring for the kitchen from the UK. He was particularly excited about the time he has spent sourcing produce, meat and dairy from around Kenya. A ranch in the Rift Valley is raising both angus beef-cattle and lamb specifically for Hemingway’s. He prides himself on having found sources that no other restaurant in Nairobi is using and believes Hemingway’s-Nairobi is on its way to being the first Michelin-starred restaurant in Nairobi. 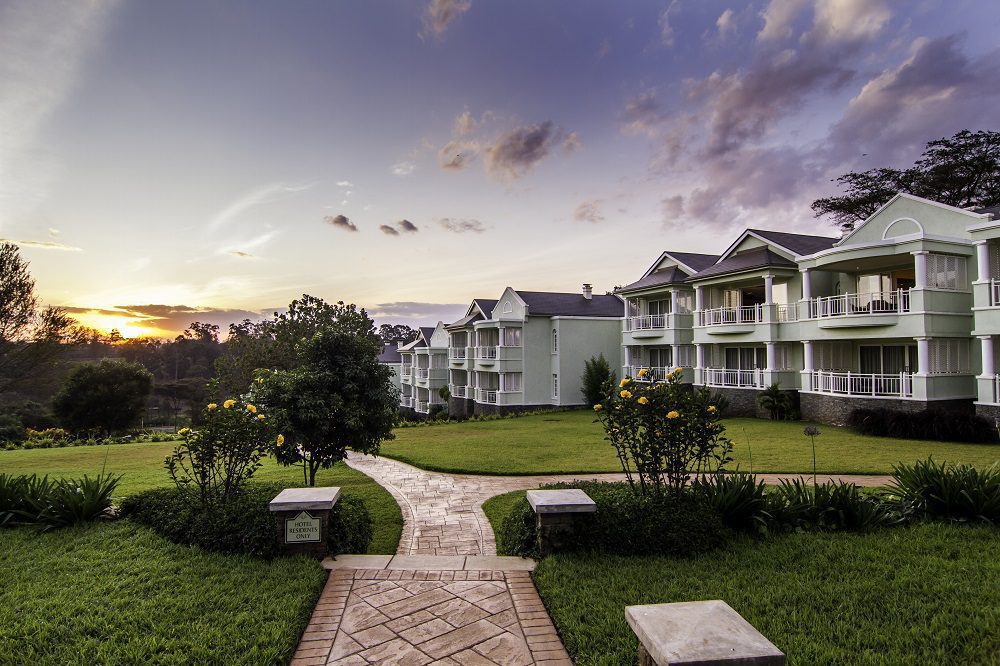 The food is described as “contemporary European in style” with “a focus on retro-classics with an ultra-modern twist.” If that description that doesn’t make your mouth water, check out the full menus for the Brasserie and the Dining Room. Chef Tonks is also hoping to make changes to the menus at the other Hemingway’s properties, Ol Seki in theMaasai Mara and Watamu on the Kenyan Coast, and we are excited to see what he comes up with!

Whether or not you are staying at Hemingway’s, we would highly recommend dinner there. Make sure to ask about the chef’s choice cut of meat! You won’t be disappointed.