The Project: The Laikipia Predator Project helps to conserve large carnivores by studying the behavior movements 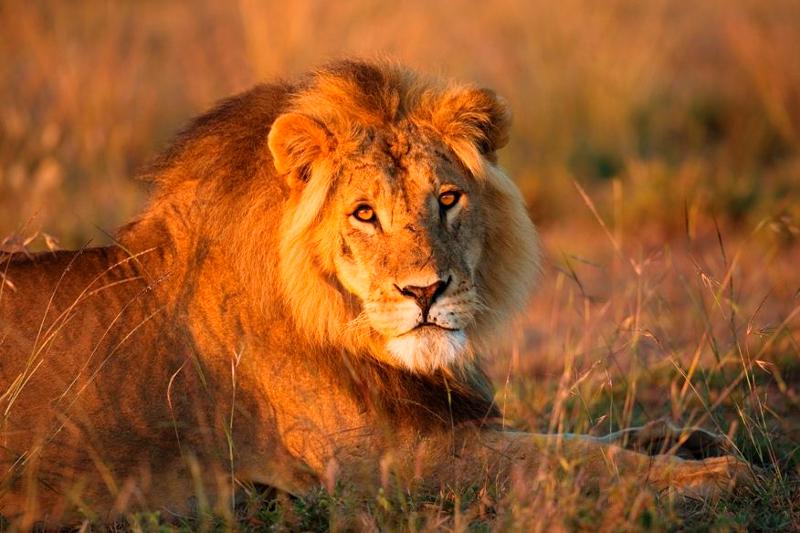 Tracking data collected by the project shows that the population of lions in Laikipia is approximately 230. The lions live mainly in small groups, made up of pairs of females and their cubs, with males moving between several groups. The project has also found that while a few lions are chronic livestock killers, others rarely, if ever, attack cattle. Whenever an attack occurs, it is usually possible to identify the lion responsible, because of the large number of collared individuals. The project is building a record of the characteristics of lions that become ‘problem animals’ and the conditions under which lions are most likely to prey on livestock.

A Unique Experience for Loisaba Guests: Guests at Loisaba are able to become involved in Laikipia Predator 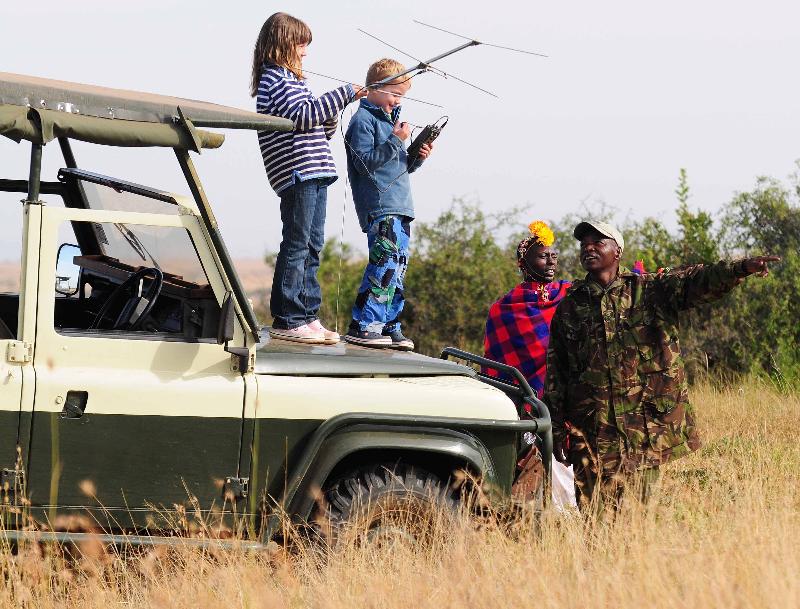 Project’s research and monitoring activities . This is a fun, hands-on activity for families, as they track lions using receivers and antennae (approximately one lion per pride wears a VHF or GPS collar), identifying individuals and reporting their findings back at the lodge. Imagine your son or daughter coming back from a safari and telling their friends at school they helped track a lion!

The project’s key researcher, Marc Napao, is based at Loisaba and has spent many hours monitoring and identifying lions with Loisaba’s guides. Marc is now developing an online database which will allow guests to identify and report their lion sightings after each game drive. With the ability to track individual prides, learn about their movements and history, then upload images and report additional identification features online, Loisaba guests are actrively playing a part in helping to conserve Laikipia’s lion population.

Loisaba is a 150 square kilometer private wilderness area which is a combination of untamed bush and working cattle farm. In addition to partnering with projects like the Laikipia Predator Project, there is additional wildlife research going on on the Loisaba property. In addition Loisaba Community Trust works closely with the community and support community orientated health, education and enterprise programms outside its boundaries with the neighboring Samburu and Laikipiak Maasai tribes.

At Loisaba guests see Africa as it was before fences were invented. Here there are no game park rules, no caged animals and none of the constraints of western life. Like the wildlife we nurture, you can do whatever you want, whenever you want. The local Samburu and Maasai tribes are full partners in the project so your visit not only conserves the environment but also pays for the education and welfare of the people who call this remote and magnificent region home.

Loisaba Cottage, Loisaba House, and Loisaba Lodge each offer a unique lodging experience. A must do while staying at Loisaba is a night spent in a Star Bed. Each Star Bed consists of a handcrafted wooden raised platform, partially covered with a thatched roof with toilet and showers attached. Homemade ‘Mukokoteni’ (uniquely designed bed on wheels’), can either be wheeled onto the open deck area for a night under the stars, or left under the shelter of the roof. All the beds have complete ‘four-poster’ insect netting. The Star Beds can be reached by one of many options – by foot, horse, camel or vehicle. You will be guided and hosted by a team of traditional Samburu and Laikipiak Maasai warriors. Food is prepared in traditional camp kitchen, Barbeque style. As you share the campfire with your host, you will have wonderful opportunities to learn about his life, so vastly different from the one you lead. It is a truly magical time. 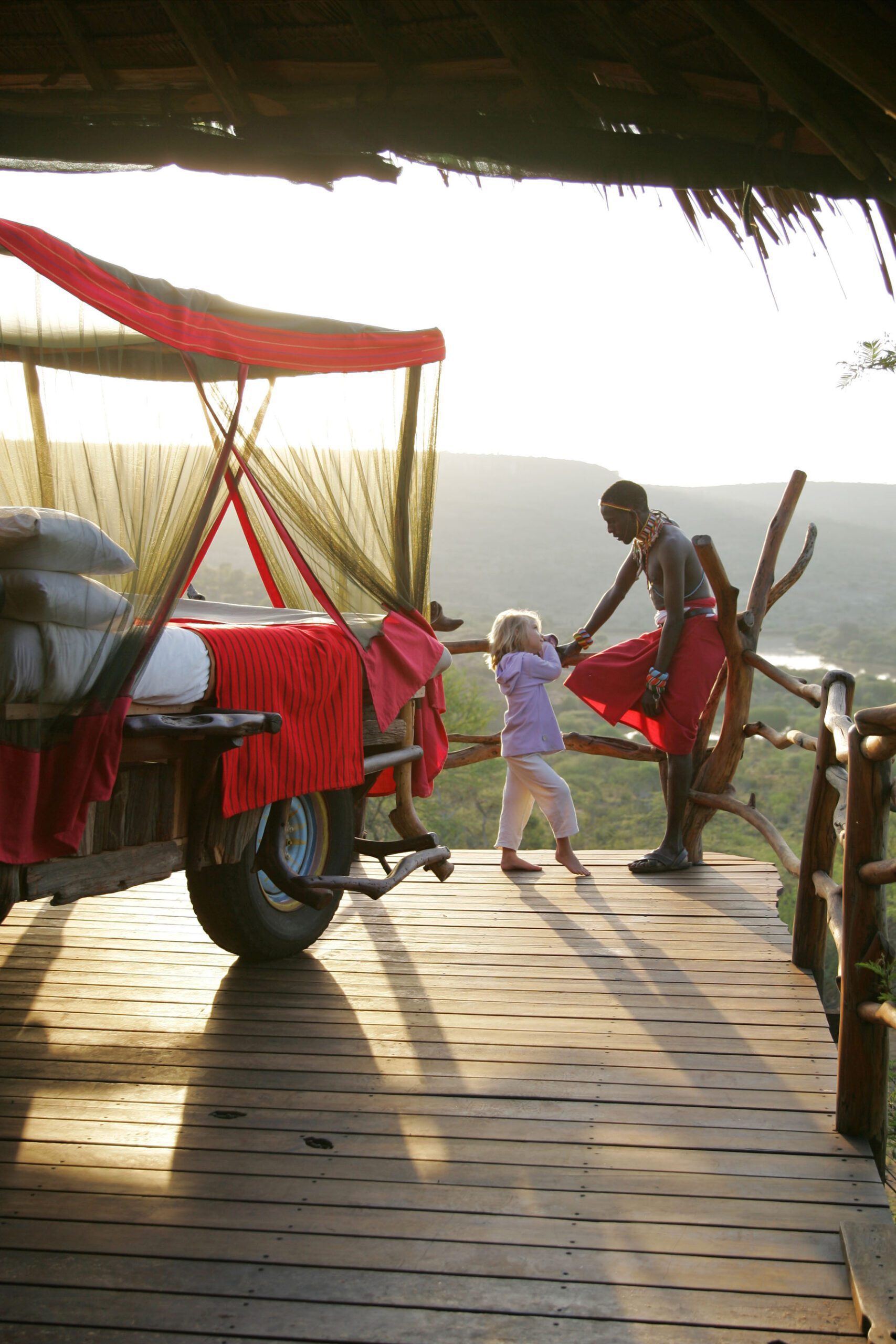 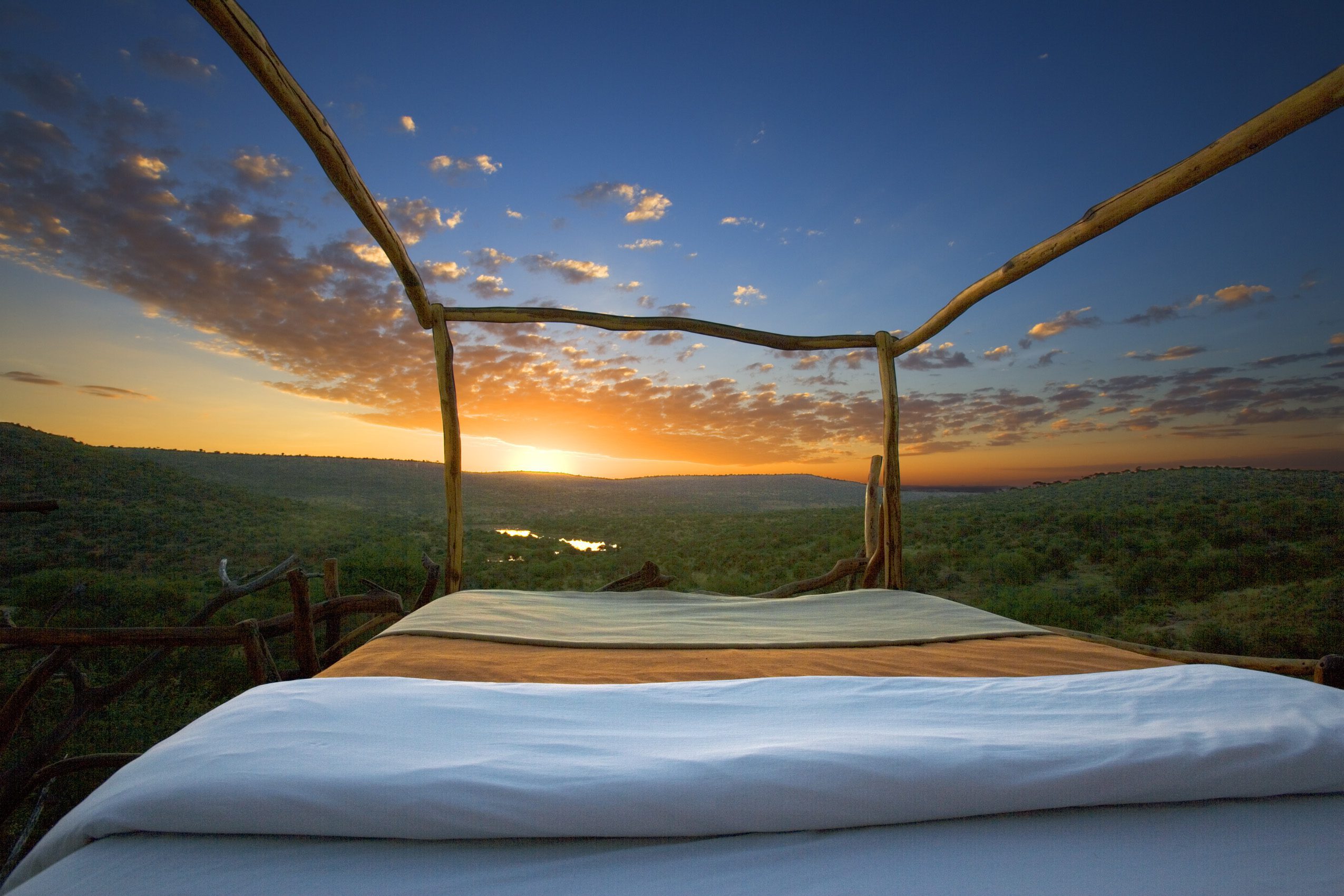 For more information about visiting Loisaba and the Laikipia Predator Project email info@extraordinaryjourneys.com