Namibia is known for striking landscapes, expansive vistas, unique wildlife, and one of Africa’s last nomadic tribes. The country is also home to the world’s largest remaining population of wild cheetah, though. This is due in large part to the work of our friend, conservationist Dr. Laurie Marker, Founder & Executive Director of Cheetah Conservation Fund (CCF). As a personal friend and professional colleague, we’re big admirers of CCF’s dedicated work to save Africa’s wild cheetahs. We recently attended two of their events – in Tampa Bay, Florida and on Staten Island – to catch up with Laurie and learn about what’s new for CCF.

With just 7,100 cheetahs remaining, the species could disappear from Earth within the next 15 to 20 years. Dr. Marker’s 2016 report in Proceedings of the National Academy of Sciences indicated that cheetahs have lost more than 92% of their total numbers in just the last 100 years. Most of this is due to habitat loss and human/wildlife conflict. 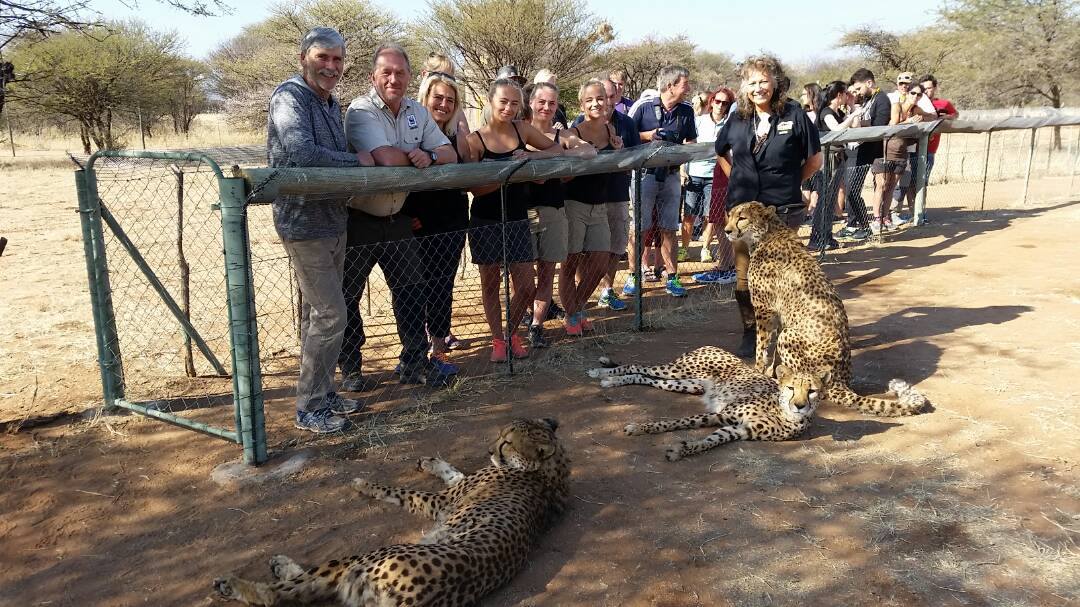 Money raised at these events contributes to CCF initiatives aimed at helping cheetahs in Southern Africa outrun extinction. They are pioneers in research-based programming that utilizes research in biology, ecology and genetics to fuel integrated conservation programs that account for cheetahs’ entire ecosystem, including human populations.

The Cheetah Conservation Fund and Colorado State University are co-hosting the 2018 Pathways Africa Conference and Training in partnership with the Large Carnivore Management Association of Namibia and the Namibia Nature Foundation. The conference is designed to address issues that arise between people and wildlife and work toward sustainable solutions. Learn more here!

Conservation by the Book 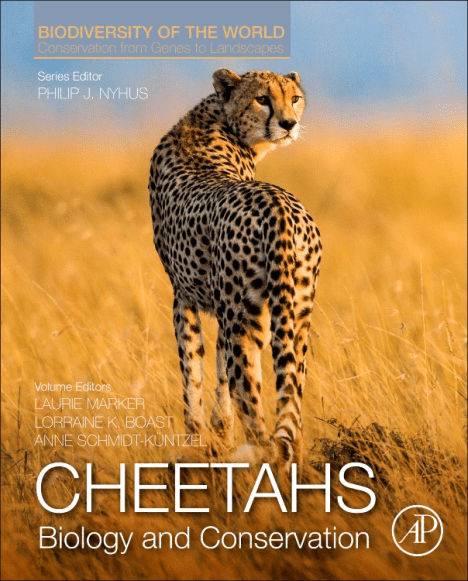 Dr. Laurie Marker’s comprehensive book on cheetah conservation comes out this November! Cheetahs – Biology and Conservation Biodiversity of the World: Conservation from Genes to Landscapes brings together a lifetime of work with cheetah researchers and conservationists. You can read more, or preorder.

From here, CCF conducts research efforts and educates public visitors about cheetahs and the threats they face. As an eco-tourism destination, the Centre can also accommodate overnight guests for a more immersive experience. It’s also home to resident cheetahs who cannot return to the wild for medical or behavioral reasons. 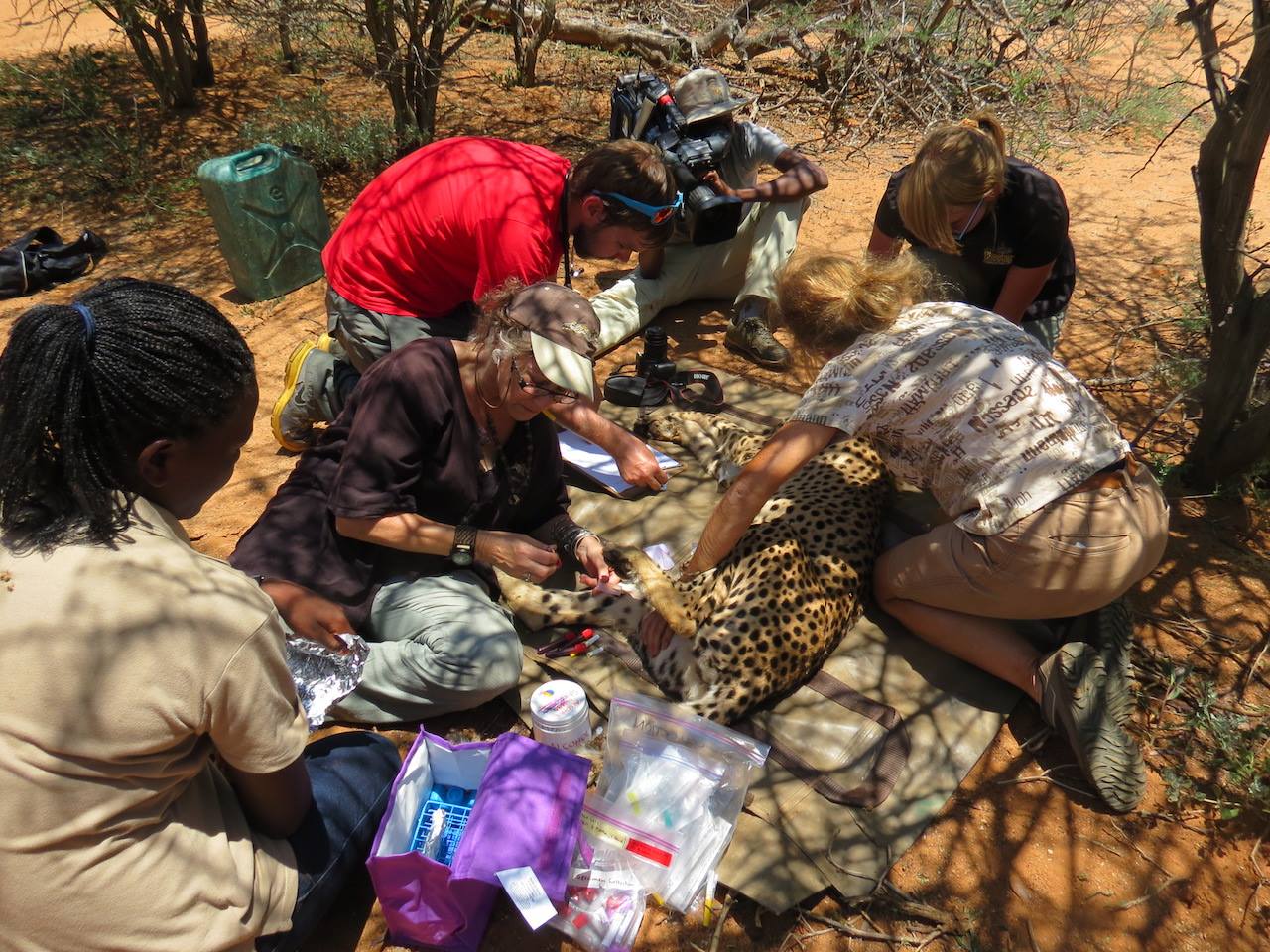 CCF works with farmers to investigate, develop and implement predator-friendly livestock and wildlife management techniques. CCF’s renowned Livestock Guarding Dog Program has been highly effective at reducing predation rates, and thereby reducing the farmers’ likelihood to trap or shoot cheetahs. CCF breeds Anatolian shepherd and Kangal dogs. They bond with the herd, and use their imposing presence and loud bark to scare away potential predators.

To help remove encroaching bush that is harder for cheetahs to thrive in, CCF has been working with USAID to process that bush into high-heat, low-emission, compacted logs for use as a cooking fuel or for home heating. 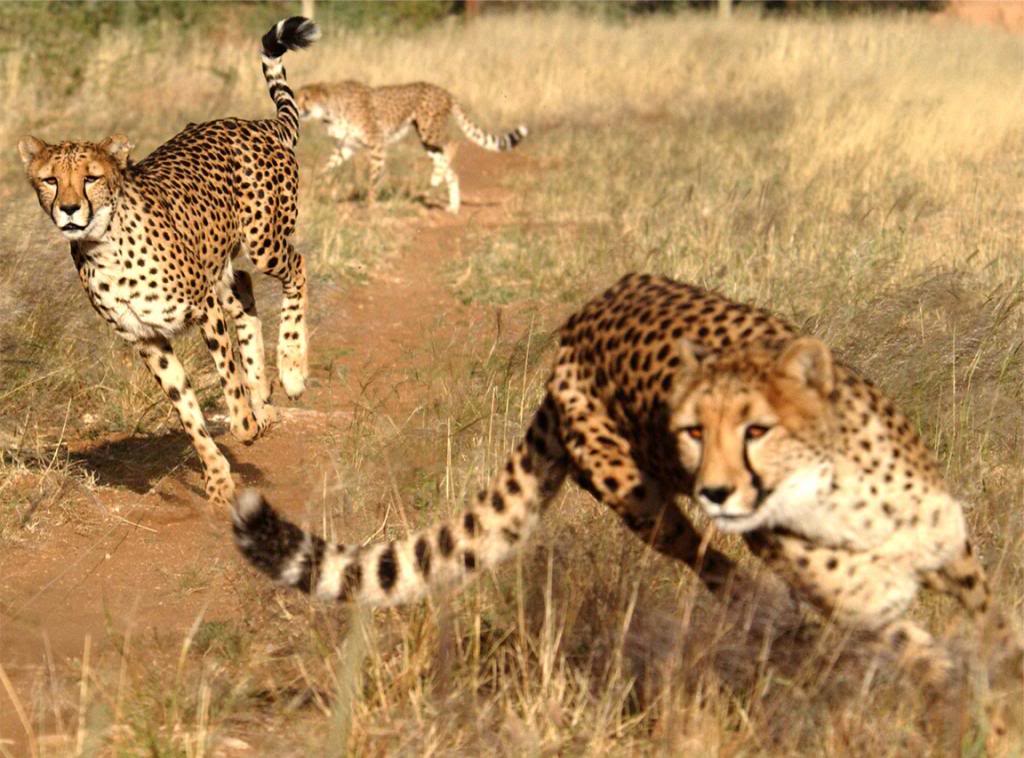 CCF has close links and assists in training and sharing program successes with other countries where cheetah live, including Botswana, South Africa, Zimbabwe, Iran, Algeria and more recently, Angola. This involves distributing CCF materials, lending resources and support, and providing training through Africa and the rest of the world. 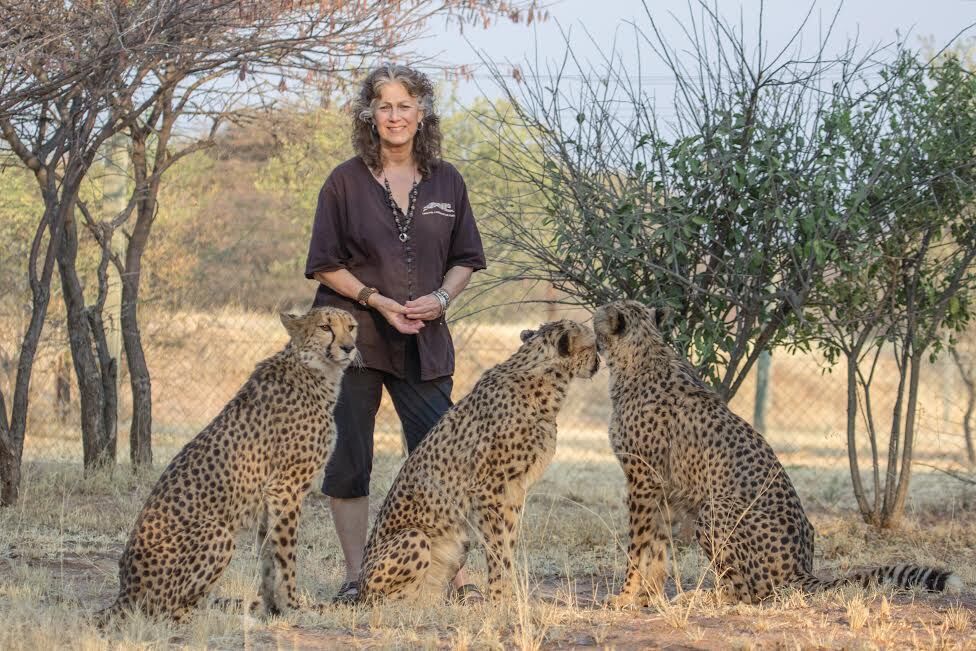 Wondering how we can incorporate a visit to CCF into your Namibia safari? See our 11-day fly-in safari for inspiration.

To see where Laurie’s speaking next, check out CCF’s online events calendar.