Safari Highlights from the Brown’s, We just got some great feedback from a client and his family from their recent trip to South Africa and Botswana. They had such a great time and so eloquently captured the game-viewing and guiding experience in the Sabi Sands that we wanted to share the highlights from their trip with you!

1. Our ranger at Rattray’s, Pieter Van Wyk, took us close to a hyena den on two nights in a row. On the second night, a young hyena that had been basking on a rock got up and ambled close to our Land Rover. He (or she) sniffed the front tire, then came to the back end, where Fred was sitting. The hyena got up on its hind legs and sniffed Fred’s elbow — maybe four inches away. She (or he) then nibbled at the canvas padding on the armrest, got down, and appeared to be gathering itself to jump into the back seat when Pieter slapped the side of the vehicle, and the hyena loped away. Fred was impressed with the spotted hyena’s beauty, and soulful, Labrador-like eyes, having previously thought of hyenas as rather nasty beasts. There wasn’t even any bad breath that I (Fred) could detect. Pieter theorized that the hyenas in this pack had become accustomed to humans because they had been the subjects of a documentary done a couple of years earlier by a researcher who virtually lived with them. Although this youngster wasn’t alive then, there may have been some shared pack memory (and acceptance) of humans.

2. The next night we found a pride of lions — three lionesses, seven cubs — who were close to a herd of buffalo, and headed in the buffalos’ direction. All at once there was a commotion among the buffalo, and the next thing we saw was one of the lionesses being pursued by a large bull buffalo. Most of the herd was behind the bull, and our ranger, Pieter, nosed the Rover into a tree on a termite mound as the bellowing herd galloped around us on both sides. From the middle of this buffalo stampede, we got some terrific video, including much bellowing and mooing.

3. Later that night, the same pride was relaxing on a dry tributary to the Sand River. Pieter had a GoPro camera mounted on a stick, which he uses to take videos of animals while he and his safari companions stand off at some distance. He placed the contraption on the sand and drove the Rover a short distance off. After some minutes, one of the lionesses went over to inspect the device. She licked it, and quickly was joined by one, then two, then four cubs, who found the whole thing fascinating. They played with it for the next 30 or 40 minutes, using the stick as a lever to move buffalo turds (lions with tools! The scary next step in evolution!) and eventually detached the camera from the stick. After the sun had been down for a while, the lions gathered themselves into a catpile (similar to a dogpile) and Pieter was able to retrieve the camera — but not the stick. 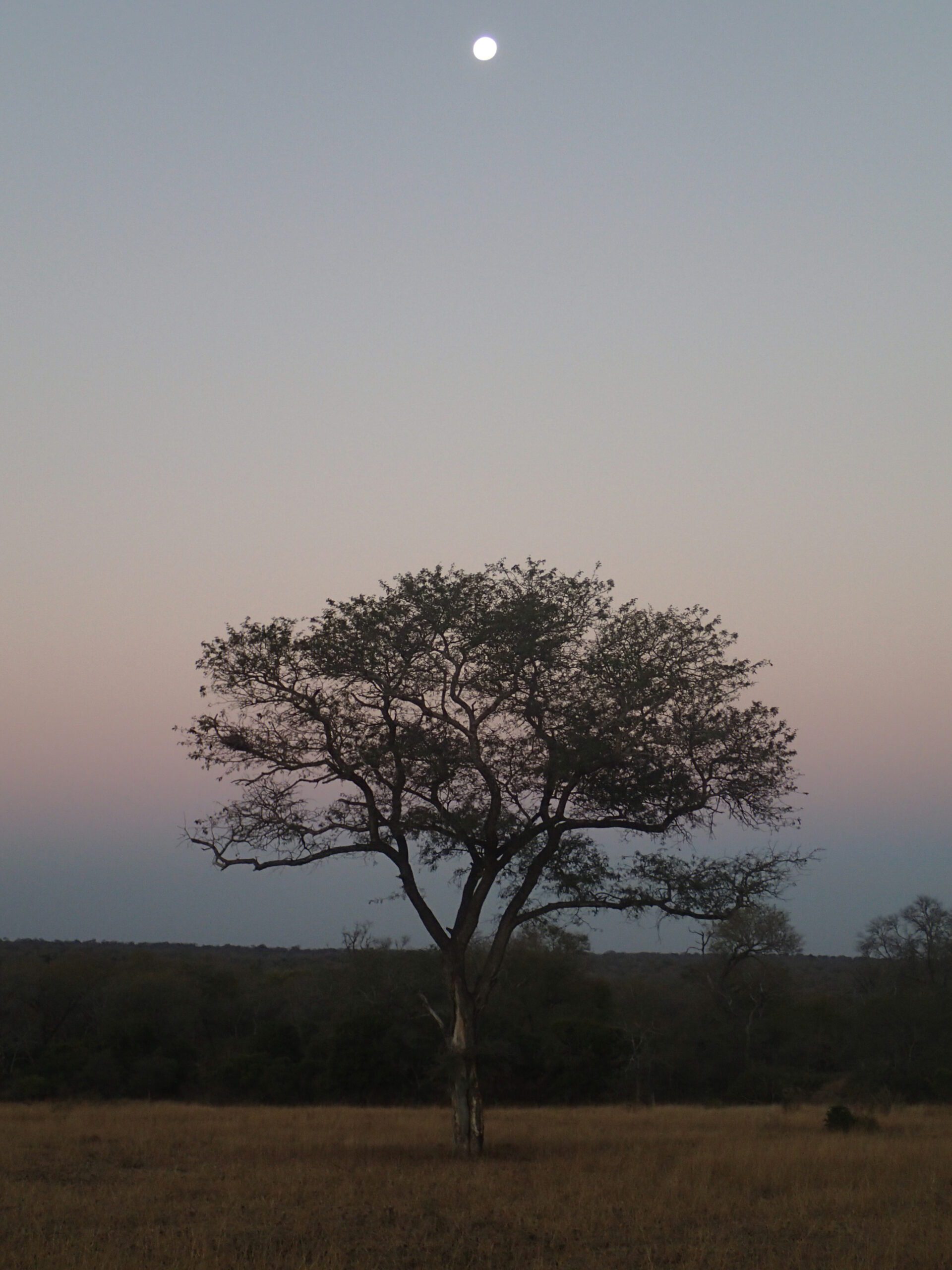 4. At our first stop, Savute under Canvas, there was an elephant carcass. The poor beast had died for whatever reason a few days before our arrival, and it was beginning to attract all manner of carrion feeders. There were dozens of vultures, plus jackals and hyenas and one leopard who showed up one evening, perhaps looking for an easy meal, but who apparently was deterred by the odor of decomposition. The leopard relieved itself of a hairball and then wandered off. We were reminded of our own cat at home, Sam, who is a prodigious producer of hairballs.

5. Leopards: We saw at least 10 or 11 of them at various camps. One male at Sandibe was perched in a tree, crunching away at an impala. He had eaten so much, he looked pregnant. Finally he descended from the tree, walked maybe 10 yards away, and flopped down, thoroughly sated. We took pictures of him dozing.

6. Cape Town gave us a needed urban break in the middle of our two weeks. The Cape Grace Hotel is everything it is reputed to be. We slept in, dined well, and enjoyed watching the local cognoscenti who gather nightly at the Bascule bar in the Cape Grace’s basement. The Victoria and Albert waterfront is as cosmopolitan as anyplace anywhere in the world, and we were able to enjoy some fine dining at surprisingly low prices. 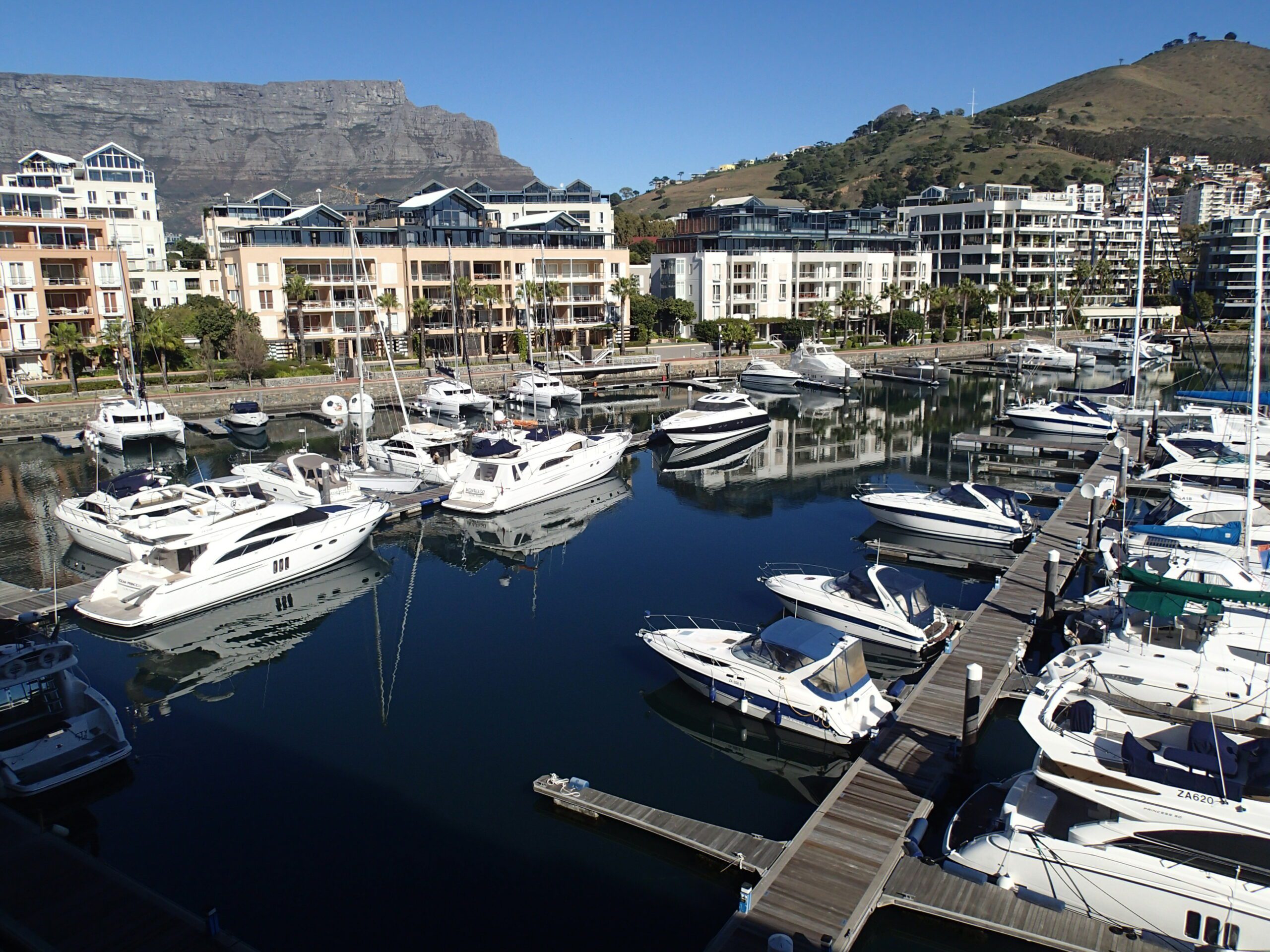 Cape Town, as seen from the Brown’s room at the Cape Grace Hotel. Table Mountain is visible on the left. Photo Courtesy of Fred Brown.

Those are just of the safari highlights from the Brown’s. There are so many memories, of course, and hundreds of photographs. And we thoroughly enjoyed the people we met. This was our third trip to Africa, and each visit seems to build and improve on the others. Thanks for your invaluable help and recommendations in arranging it.

Thanks so much to Fred for sending this along and agreeing to let us post his comments and great photos! Find another testimonial here.

For more information email info@extraordinaryjourneys.com or get in touch with us here: